before i got the Michael Brantley bobblehead, i saw a small preview of it and wrote a sneak peek blog with my first impressions about it. now that i went to the September 1 Labor Day game against the Detroit Tigers and have the Brantley bobble in hand, i can do a final analysis of it. i'm going to include photos in here so people will know exactly what it looks like and what i'm talking about. all the photos were taken by me and have my watermark on them.

so here it is. 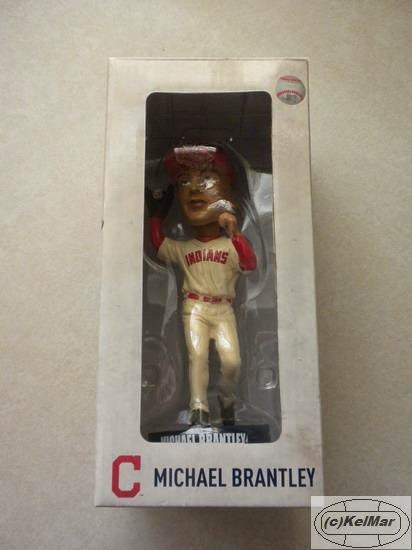 this is the first bobble i've ever gotten where it was "open" in the front and you could actually see the bobblehead before taking it out of the box.

now here it is out of the box and protective plastic, from all sides. 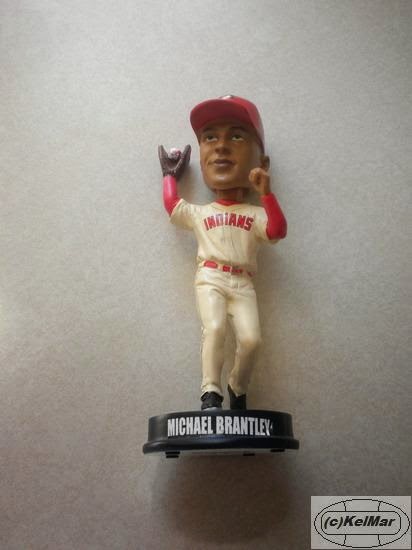 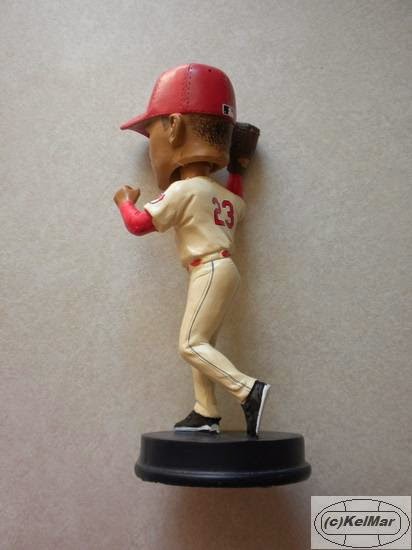 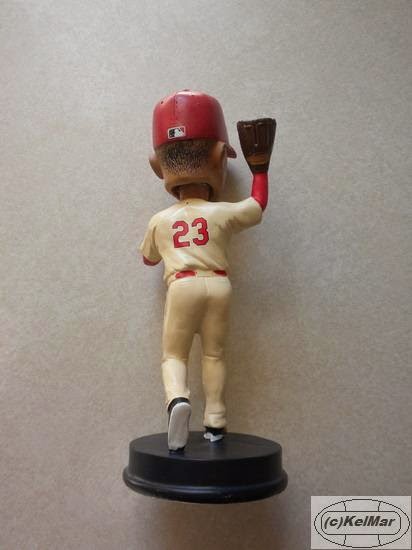 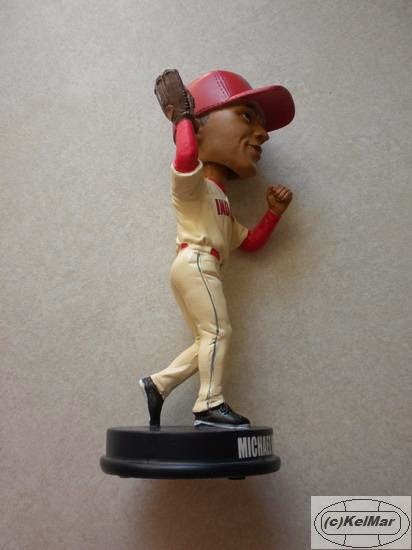 i was right about this cream colored jersey not having the name on the back, which i don't particularly think is a good look for a bobblehead. however, i will say this. in person, his bobble's skin tone looks better, or closer to actuality, than i originally thought it was. so that was a pleasant surprise.

but i knew from the promo photo that his face was not much of a dupe of the real thing. let me zoom in on this bobble's face for you. 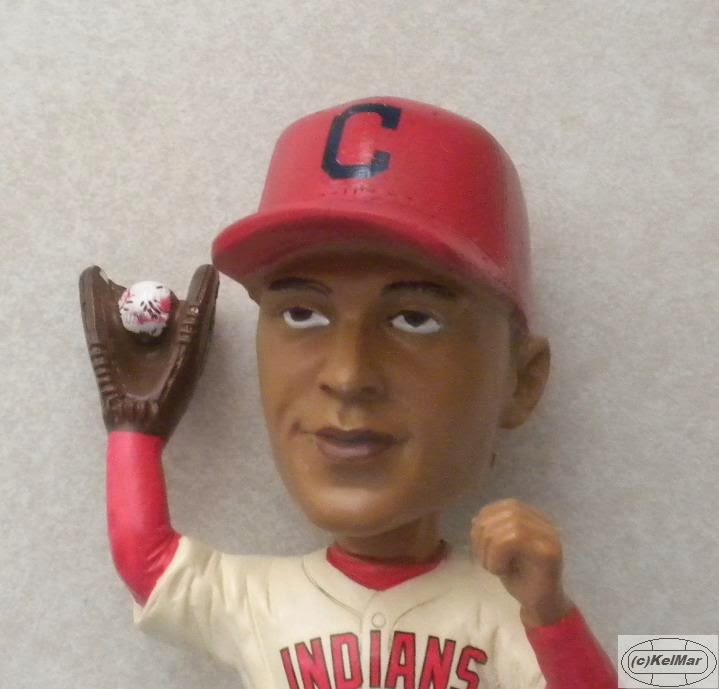 this does not look like him at all as far as facial features go. it's pretty generic. that doesn't look like Michael's smile or jawline and that is definitely not his nose. i'm shocked they got his brown eyes right. then again, the eye shape is wrong and it almost looks like he's about to doze off lol

another big issue i initially had with this bobble was, prior to getting it, i had no idea what kind of catch this was supposed to be representing. well, the side(s) of the box clarified that immediately. 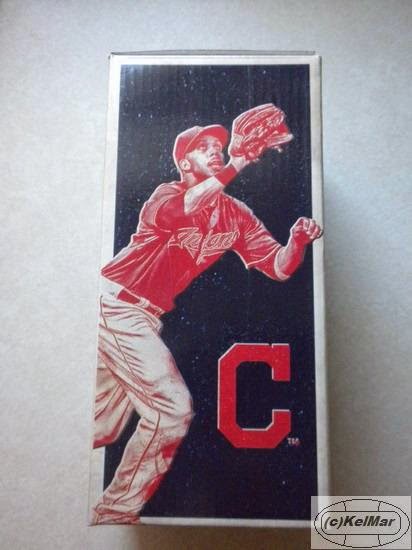 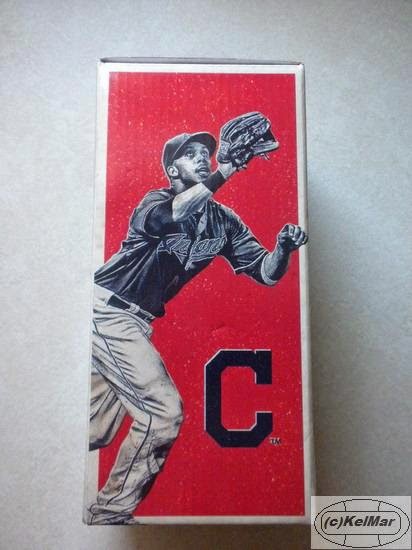 so look at the bobble again and then look at the box. this would have been a nice catch to emulate in bobble form, but the designer really punked out on the formation of the mold. i said in my sneak peek blog that no player makes a catch with his arm just resting straight up by his head. this particular catch doesn't seem like it would be too tough to do, so why wasn't it done right? i know for a fact that there are other diving catch bobbleheads and jumping up catch bobbleheads that have the player's arm at a different angle than the rest of his body. i just don't see why this catch could not be re-created to a T.

other than body positioning, what else do you see different from the box picture and the bobble? that's right, he's not even wearing the same uniform. face palm. this is the road blue jersey with the gray pants. so why the hell did they decide to put him in the home cream uni? is it because they just recently gave away a Jason Kipnis bobblehead with the blue jersey on? that's not Michael's fault. and they gave him long sleeves. where is that in the original catch? nowhere.

idk if the Indians used a different company to make the bobble or if it was sponsored by someone else who just didn't give a fuck about the process and/or result or what. but the end result is disappointing when you see what it should have been. i remember how eager i was to learn more about this bobblehead when it was first added to the promo schedule, and now i'm like, really? this is what i waited for? this is what you came up with to give me? sigh.

maybe Michael will get another bobblehead made of him next year because he was the best player on the team this season and maybe they'll do better. it would be sweet as hell if they made one of him in his All Star jersey. but i have a feeling Michael's not going to have any more promotional items featuring him for a while, if even ever again.

should i just be grateful that the Indians made a replica jersey for him last year and a bobble this year? probably. am i being overly critical about something that should be considered a sign of respect and admiration? yes. but i'm a stickler for details and i'm so sorry Michael but this bobblehead was such a fail. i hope they do better next time, because you absolutely deserve better.
Posted by 216clevelandgirl at 5:00 PM