Michael has already set career highs in home runs and extra base hits this year, so it was only a matter of time before he set this new career high. tonight, during the September 4 against the Detroit Tigers, Michael got his first hit of the night in his 2nd at bat when he sent a ball to center that dropped for extra bases. that gave him a new personal best of 38 doubles in a season. he previously had a career high of 37 doubles in his 2012 season.

this is Michael's 2nd new career high in 3 days, both coming during the series against the Tigers. gotta love that. Michael led off the bottom of the 4th inning against Max Scherzer. he swung at the first pitch, a 90 mph fastball, and hit the ball high and deep to center field. he safely made it to 2nd base before Rajai Davis got his throw back in to the cutoff man, and the new career high was achieved! Michael quickly advanced to 3rd base when Carlos Santana reached on an error, and then scored the Tribe's 1st run on Yan Gomes' sac fly. but the Indians were still down, 4-1, due to Trevor Bauer's rough 1st inning.

oh, but he wasn't done there. with Michael Bourn at 1st base and 2 outs in the bottom of the 7th inning, Michael swung at the first pitch off left-handed reliever Blaine Hardy. he sent another fly ball to the left center field gap, and this time it was former Indian Ezequiel Carrera who couldn't catch it. Bourn scored on Michael's RBI double and the game was then tied at 4. leave it to Michael to set his career high and then add to it within the same game lol 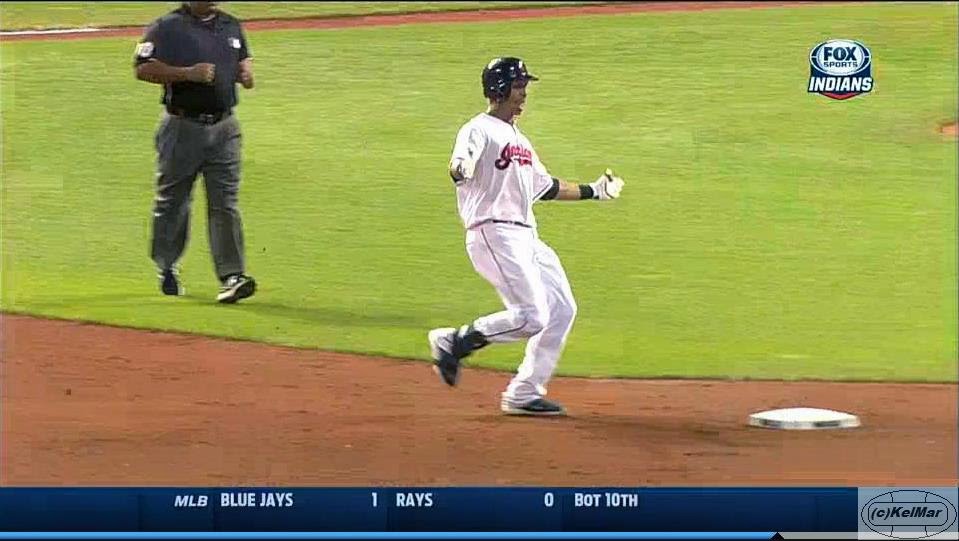 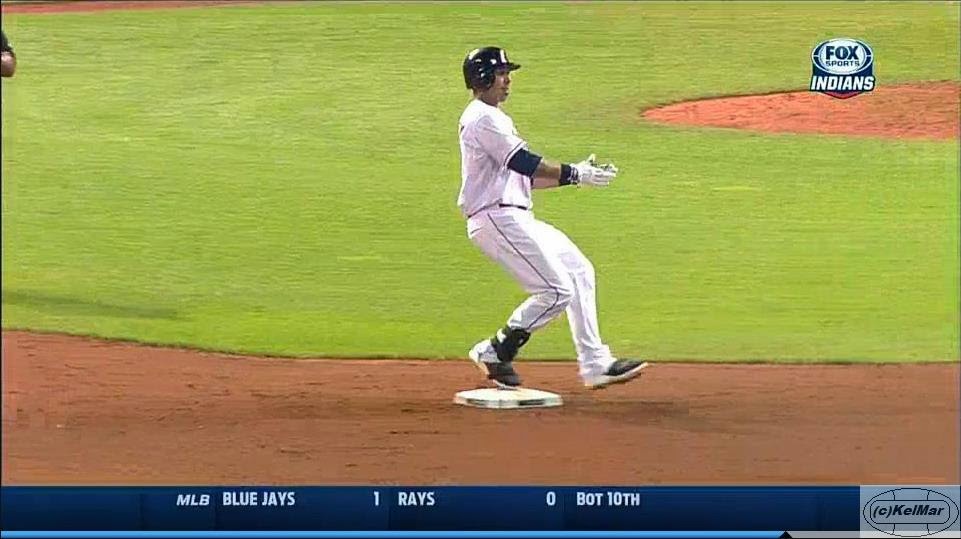 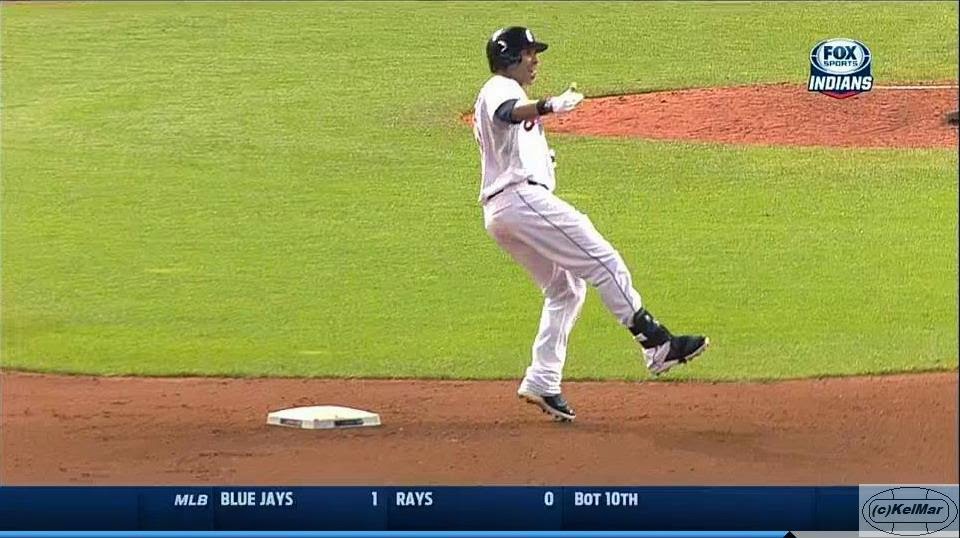 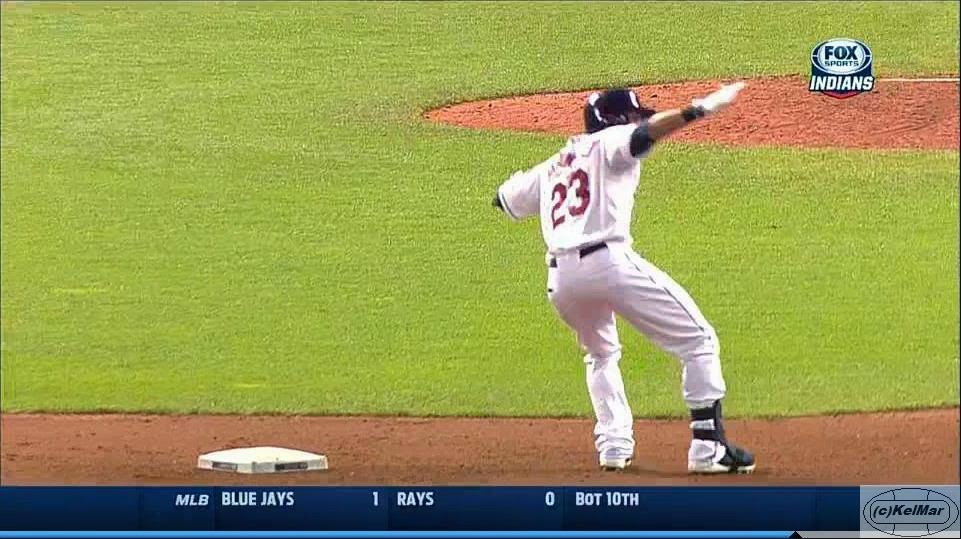 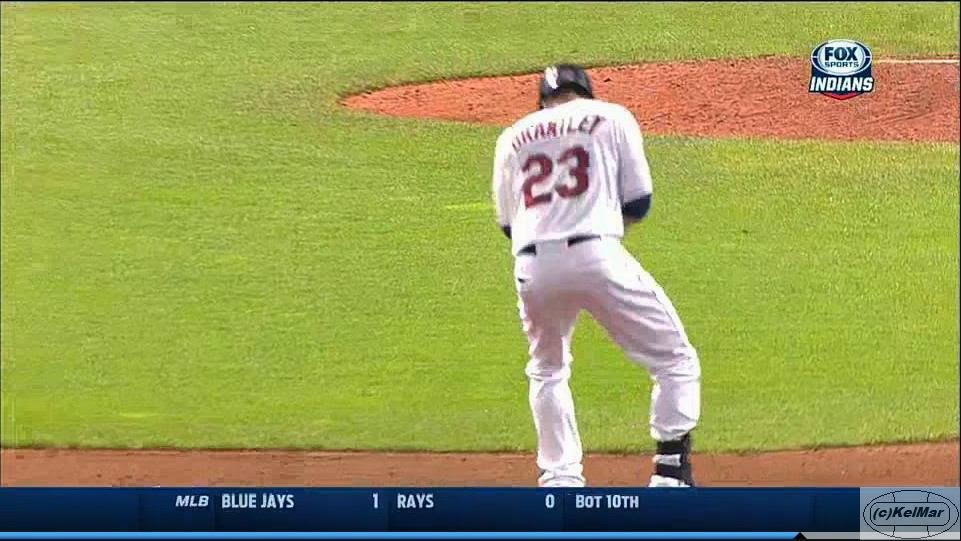 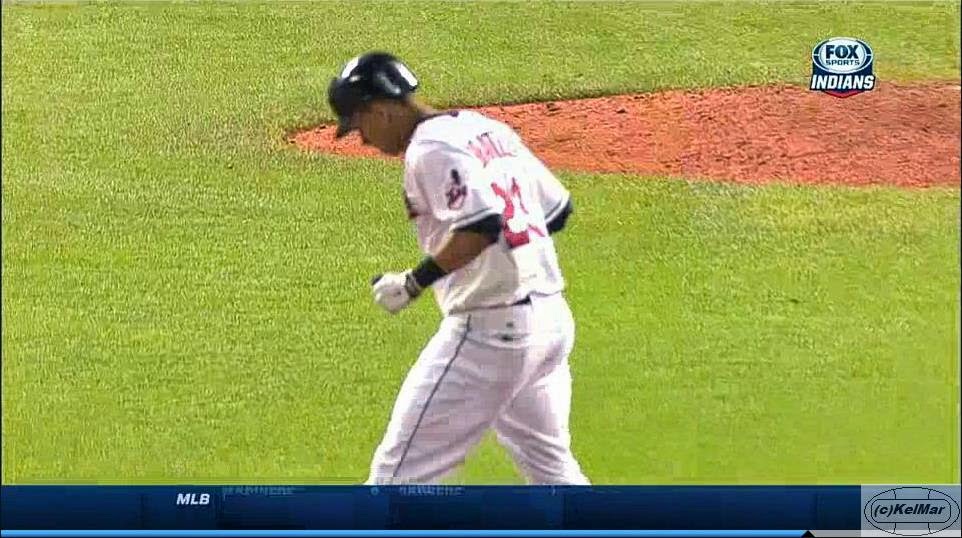 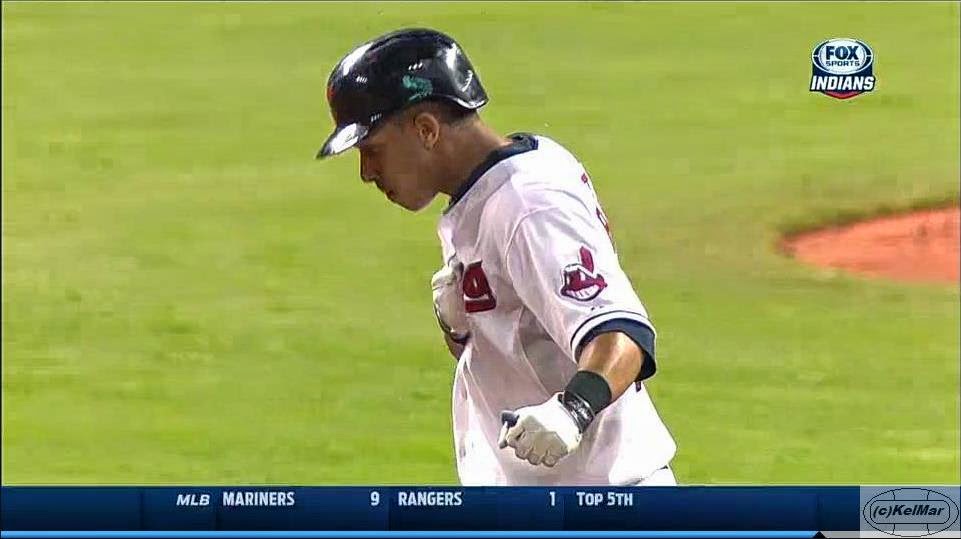 i love his reaction here. i don't think i've ever seen him pound his chest before and then point up to the sky after getting a big hit. congrats, Brant! you're so clutch ;D

Michael's 39 doubles are a team high and currently rank tied for 2nd in the American League. before the season began, i made a prediction that he would hit 40 doubles this year. way to deliver on my expectations lol now i think he's going to end up with at least 45. with 23 games to go, i know Michael will easily continue to add onto this career high. i seriously cannot wait to see what all his final numbers for 2014 end up being. he is absolutely killin' it and i am so proud of him! =D
Posted by 216clevelandgirl at 9:37 PM