i need to take a minute to wipe away my happy tears and just be in awe of this monumental accomplishment. going into the season, this is not something i even thought about. but towards the end of the month of August, i really started believing it could become a reality. and then of course the writers and announcers kept harping on how close he was, and that no Indians player has had a 20 home run, 20 stolen base season since Shin-Soo Choo in 2010. Choo also went 20-20 in 2009. and now Michael, for the first time in his career, is the latest Indians player and 9th overall in Tribe history, to join the 20-20 club.

the quest began when Michael stole his 20th base of the season. (Michael had previously set a new career high in stolen bases earlier this month on September 5, when he stole #18.) it was September 13 and the Indians were playing against the Detroit Tigers. Michael hit a 2-out single to left field on a 1-0 pitch from Joba Chamberlain in the top of the 8th inning. then Carlos Santana, batting behind him, also hit a single. but it was a weak ground ball to 3rd, so Michael could only advance to 2nd base. that is when he took things into his own hands. the Tribe's lead was tight at 4-3, and i'm sure he knew another insurance run was important. so, on the 0-1 pitch to Yan Gomes, Michael started for 3rd. Gomes swung and missed as Michael safely slid into 3rd base, giving him 20 stolen bases on the year at that time. since then, Michael's stolen 2 more bases, bringing his current 2014 total to 22.

but that was the easy part. the hard part was waiting for home run #20. in the same game that Michael notched his 20th stolen base, he hit his 19th home run. it was the top of the 1st inning and Michael Bourn was at 3rd base after a double to right center field and a Jose Ramirez sac bunt. Michael was facing left-hander Kyle Lobstein and had a tremendous 10-pitch at bat that resulted in a 2-run homer to deep right field. this brought Michael to 19-19 until he stole 3rd base 7 innings later. but would he get that 20th home run before the season came to its conclusion?

remember, this is a guy who had never hit more than 10 home runs in a year before this season. there was no guarantee that he would get to 20 this year. and normally, i would have just been ecstatic about his 19 home run season. but under the circumstances, i found myself hoping for that 1 more home run every time Michael stepped up to the plate. and tonight, on September 19, during his 3rd at bat of the game against the Minnesota Twins at Target Field, he delivered.

Michael led off the top of the 6th inning with the game tied at 2. in his first 2 at bats against Phil Hughes, he struck out looking and flew out to right field. he was DHing in this game, to give him a little break from the field and keep his legs "fresh" for the final stretch run. sometimes a player doesn't adjust well to the DH role, but Michael has done a great job all season as a designated hitter and tonight was no different. he swung at Hughes' first pitch fastball, and before i knew it, he had sent a tape measure job beyond the right field seats onto the concourse area. it was 403 feet high, but the distance was much further than that according to Hammy. and i have been beaming with pride ever since. Michael Brantley is a 20-20 man! the 9th 20-20 Indians player in franchise history! =D 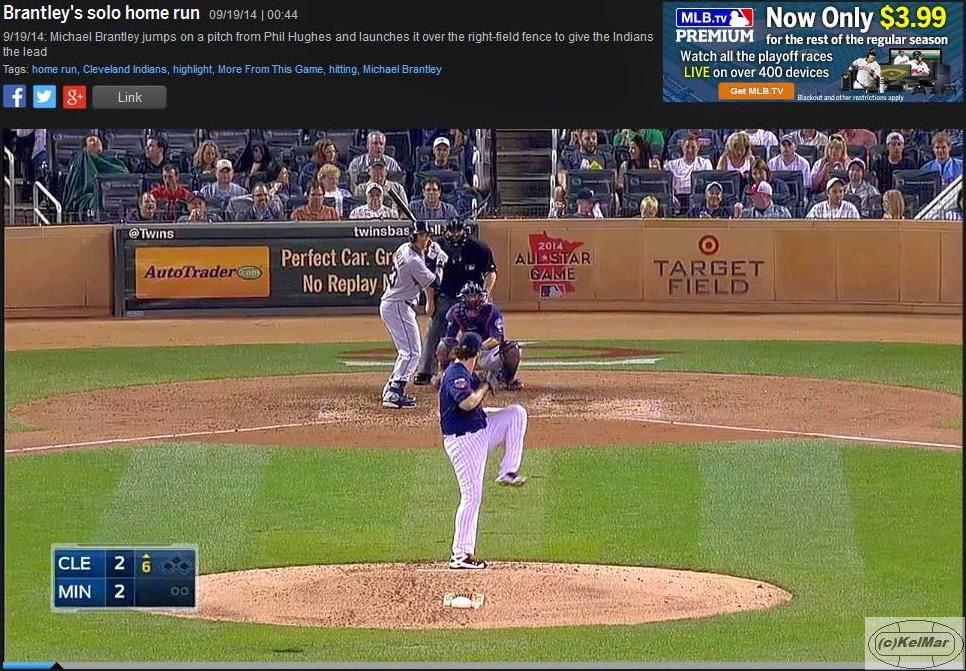 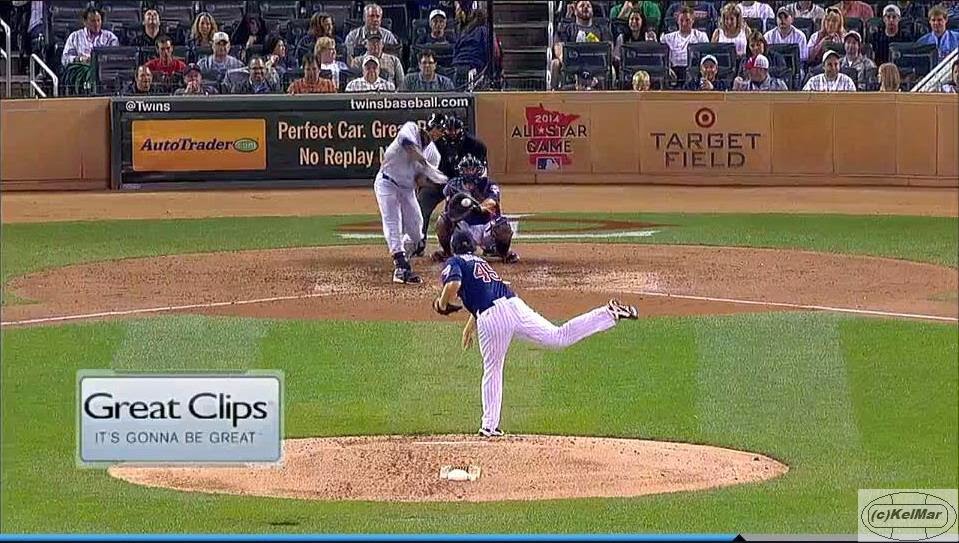 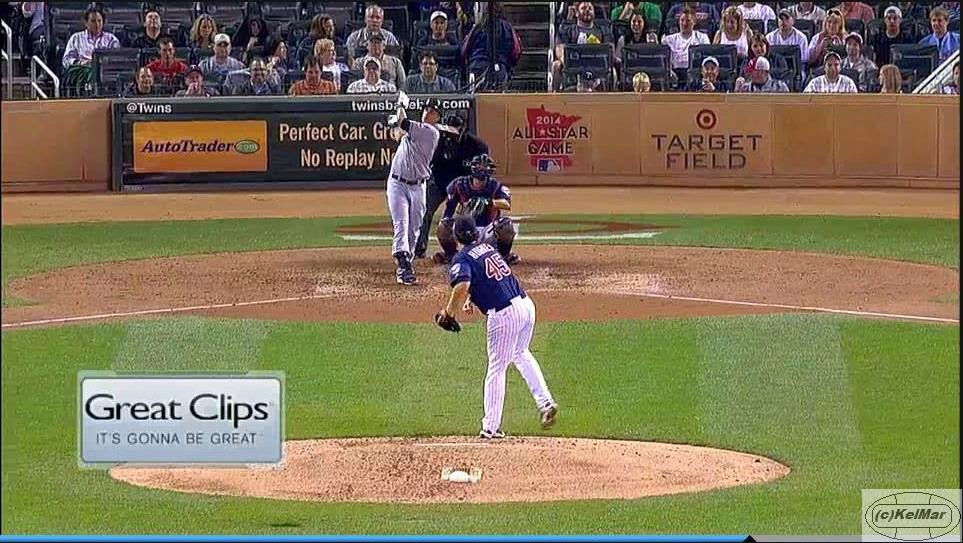 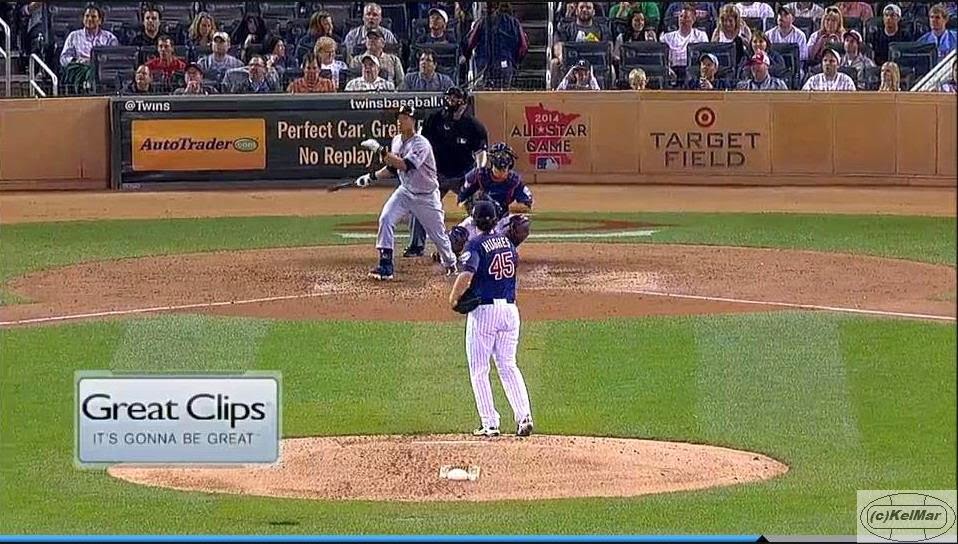 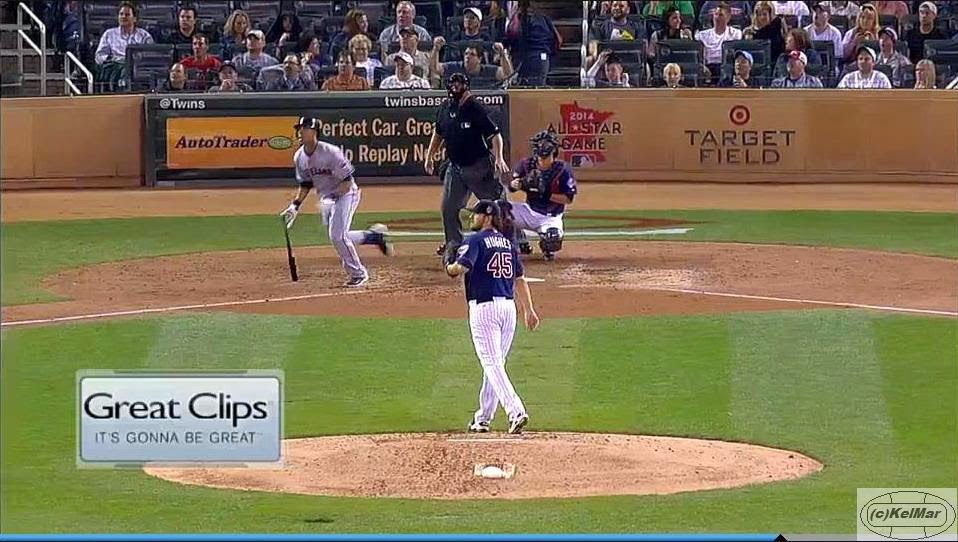 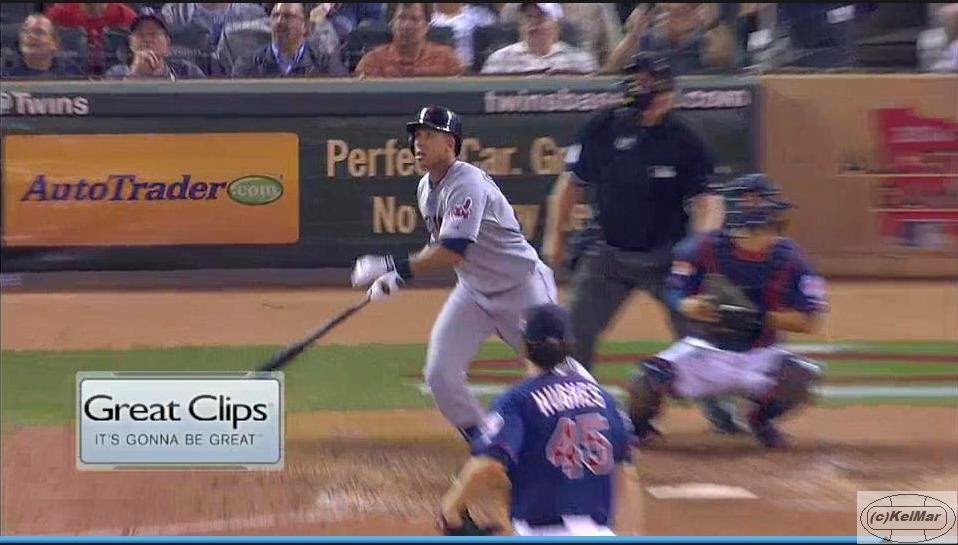 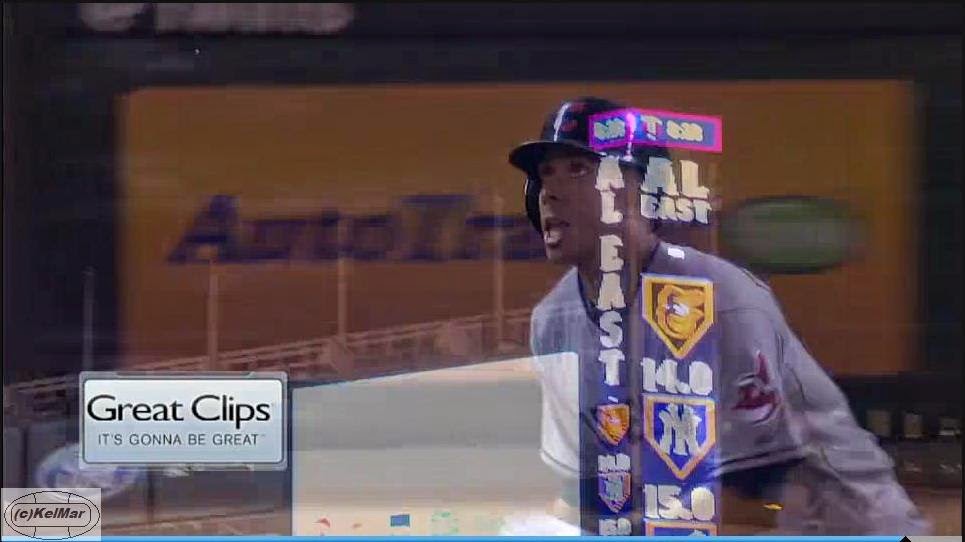 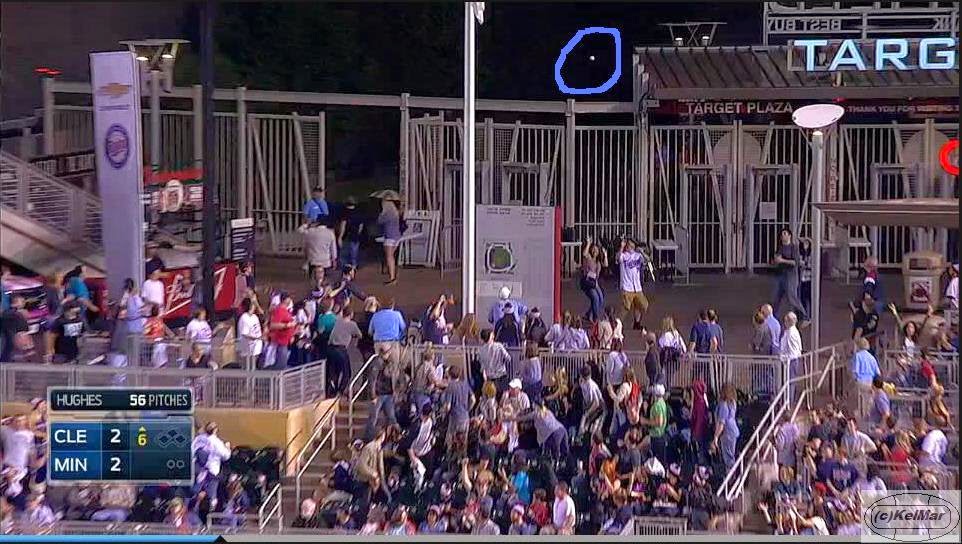 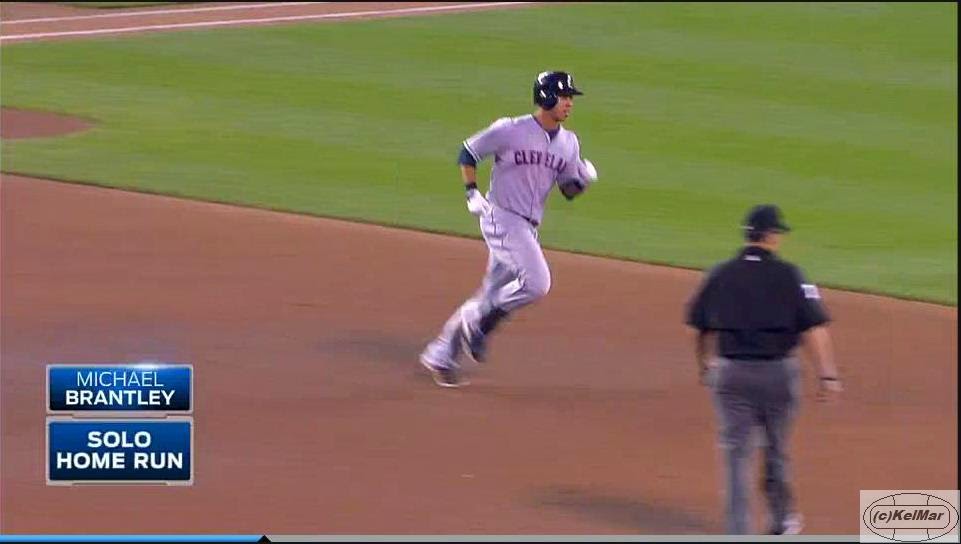 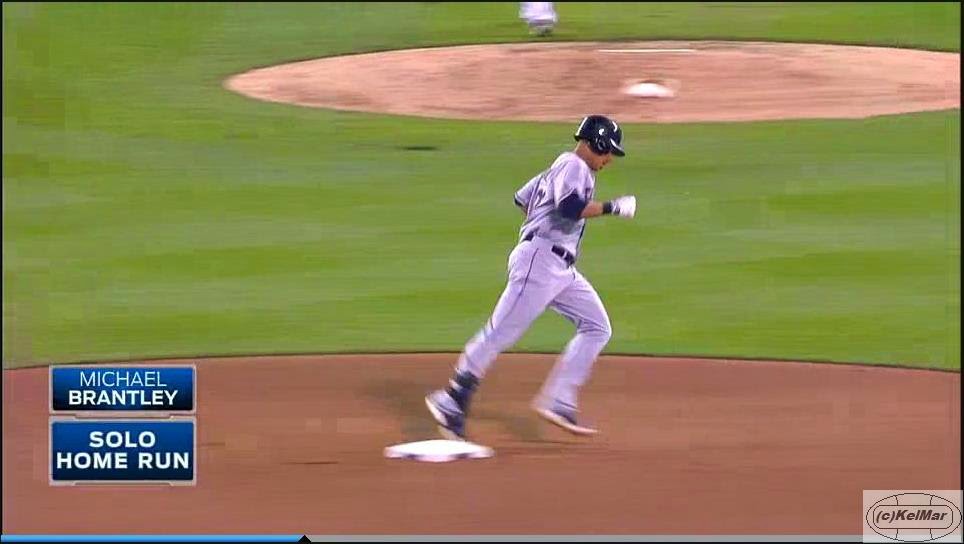 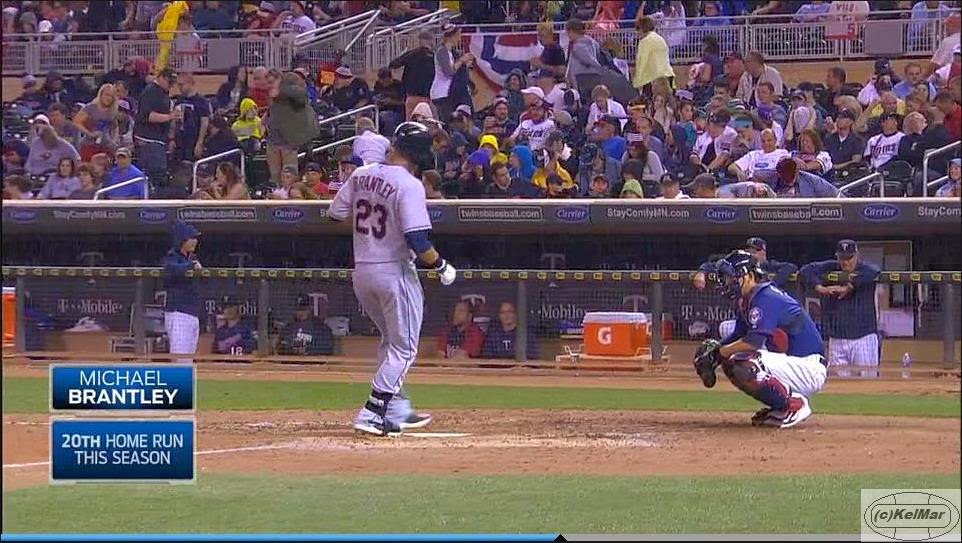 i think he was pretty happy about it, too. what do you think? 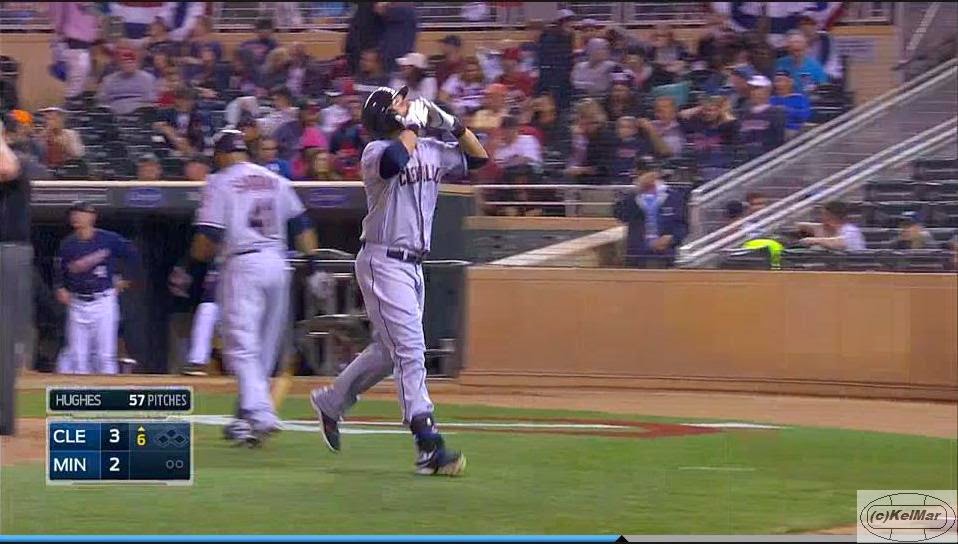 i've never seen him react like that after hitting a home run lol as much as he may say he doesn't care about individual accolades, he knew how special that was and he's obviously grateful. so congratulations!!!


"it's a special accomplishment. a lot of hard work goes into accomplishing that. right now, my goal is to get to the playoffs. it will be a special moment when i can reflect on it after the season. i want to use every tool that i can and make sure that i continue every day to push myself and continue to work hard. at the end of the year, i'll look back at this and we'll go from there. each and every day, i'm just trying to get better."

and get this. there have only been 8 players in the major leagues in the past 100 seasons to hit .320 or above with at least 40 doubles, 20 home runs, 90 RBI, and 20 stolen bases. they include Jacoby Ellsbury in 2011 with the Boston Red Sox, Hanley Ramirez in 2009 with the Florida Marlins, David Wright in 2007 with the New York Mets, Roberto Alomar in 1999 with the Cleveland Indians, Larry Walker in 1997 with the Colorado Rockies, Ellis Burks in 1996 with the Colorado Rockies, Chuck Klein in 1932 with the Philadelphia Phillies, and Babe Herman in 1929 with the Brooklyn Robins. it'll be a tall task, but if Michael's current .322 batting average remains steady over the final 8 games of the year, he will be the 9th major league player in history to join that group. good luck!


the Indians have 8 games remaining. sadly, they lost this game, 5-4, in 10 innings, so playoff hopes are slim. oh how i do not want this season to end yet. not only because i don't want Indians baseball to be over, but also because i'm simply not ready for Michael's remarkable career year to come to an end.

the last real question to be answered about Michael's season is will he get 100 RBI? he'll need to acquire 5 RBI in 8 games to do so. it's certainly not impossible. keep your fingers crossed =D
Posted by 216clevelandgirl at 9:45 PM