for the third game in a row and 6th time this month, Michael set another career high. (at this point, aren't you just like, what else is new? LOL!) in the game against the Detroit Tigers on September 13, Michael acquired his 12th new career high of the season when he totaled 557 at bats.

in his 3rd at bat of tonight's game, Michael was facing Kyle Lobstein with Mike Aviles at 2nd base and 2 outs in the top of the 5th inning. after a 1-0 count, Michael lined out to right fielder Torii Hunter and the Indians top half of the inning was over. but that out counted as an official at bat, giving Michael the new career high of 557 at bats this season. his previous high was 556 ABs in 2013. 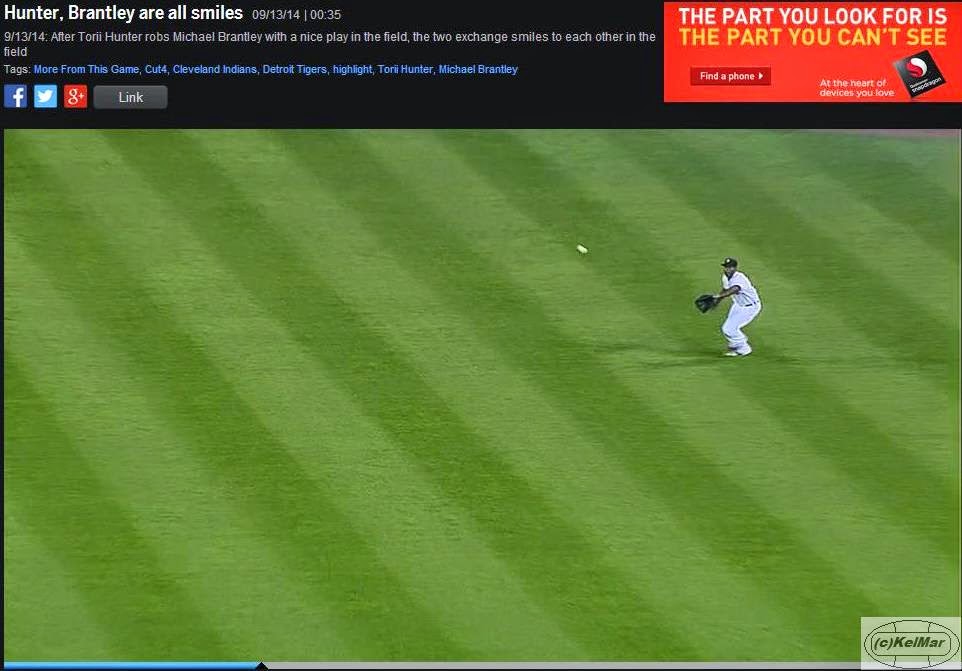 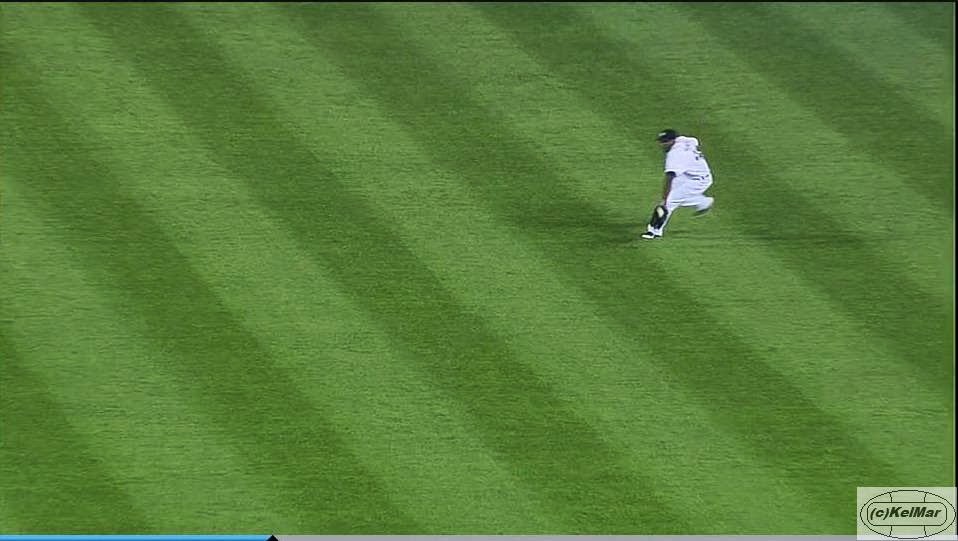 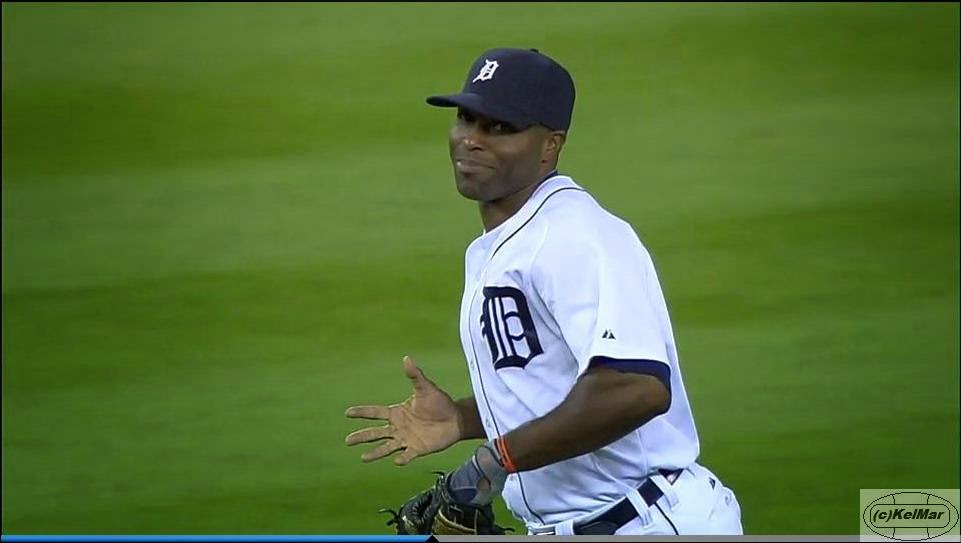 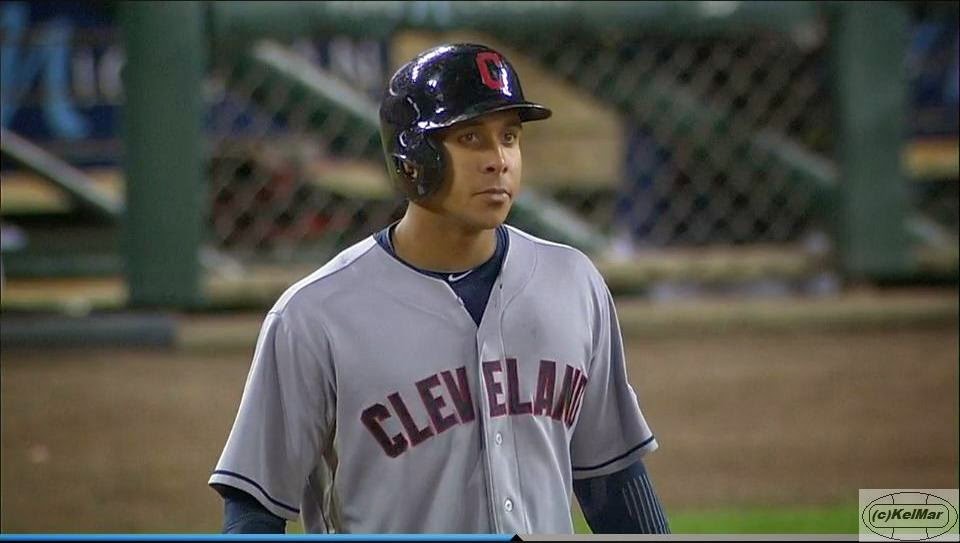 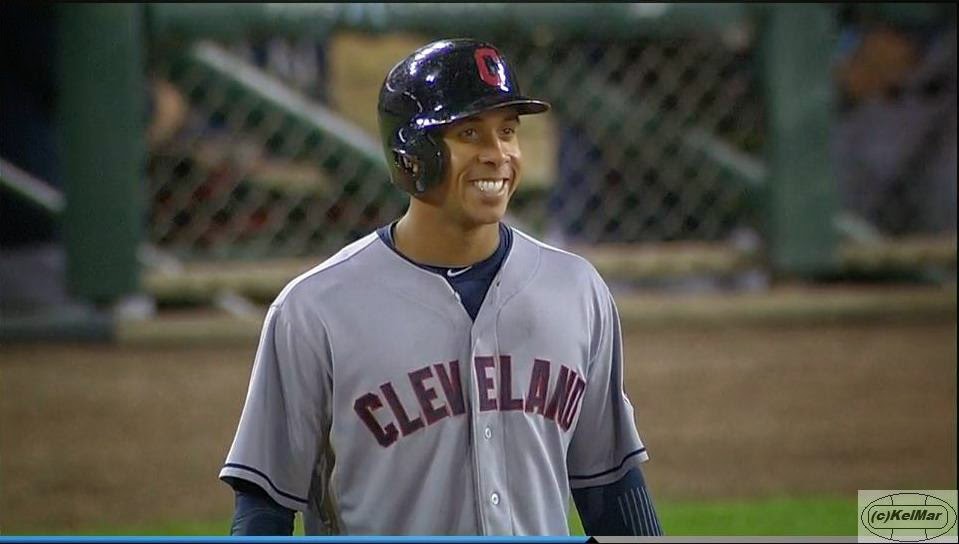 this exchange between Torii and Michael is kind of hilarious. while Torii is running in, he gives Michael an "i'm sorry, i had to get you out" type of apologetic look. Michael deadpans back at first, then smiles wide, as if to say, "yeah, just wait until you hit something to left." lol i think it's just typical Michael though, racking up another loud line drive out.

Michael had one other final at bat tonight, resulting in a ground ball single to left field. add that to his 1st inning 2-run home run, and it represented multi-hit game #51 on the year. wow. so when the game was over (a tough 5-4 loss for the Tribe, potentially ending all playoff hopes), Michael had 558 at bats. and with 14 games left, he should finish around 610 ABs this year.

my biggest question now is, what other way is there to say congratulations to this man for his latest accomplishment? well done? way to go? you're a freakin' animal this season? haha ;D
Posted by 216clevelandgirl at 9:06 PM