Michael finished the year with one more career high, not to mention a career low, and i wanted to write this separate from the career high BA, OBP, SLG, and OPS blog. Michael already set a career high in stolen bases back on September 5 when he swiped his 18th bag of the year. but now that Michael's season is complete, i can also report that he acquired a new career high and team high 23:1 stolen base:caught stealing ratio. his previous high was 17:4 from 2013.

Michael's 23rd and final stolen base of the season came on September 22 in the game against the Kansas City Royals. the Indians were down, 2-0, and Michael led off the bottom of the 8th inning against Wade Davis by drawing a walk after a 3-1 count. Carlos Santana lined out to center and then Yan Gomes struck out swinging. but as he swung and missed for strike 3, Michael safely stole 2nd base, which gave him the new team lead in the category. 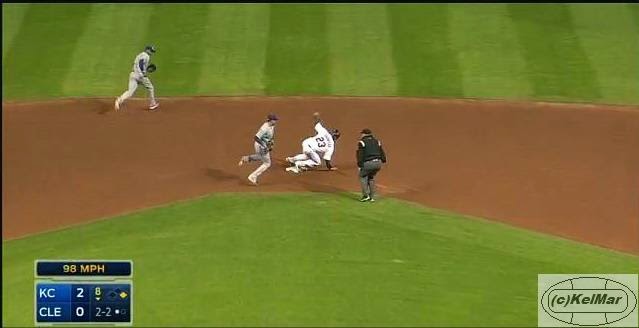 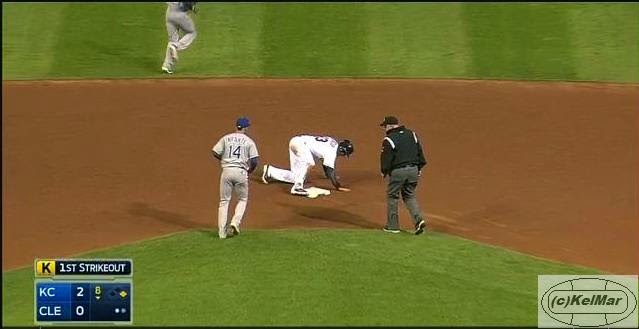 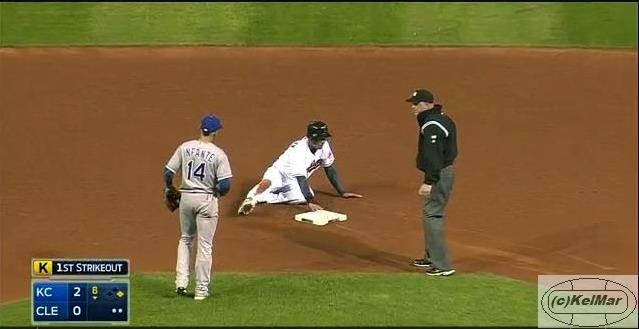 this SB:CS ratio was a career best because Michael also ended 2014 with a new career low 1 caught stealing. the lone blemish on his stolen base record occurred on July 19 in Game 1 of a doubleheader against the Detroit Tigers. it was the top of the 1st inning, and Michael got on 1st base after hitting a 2-out single on the first pitch from Drew VerHagen. then he moved up to 2nd base after Santana drew a walk. as Lonnie Chisenhall was batting, Michael started to go to 3rd base when Chiz swung and missed at a pitch. but Michael never should have gone. Detroit's catcher, Bryan Holaday, threw to 2nd base, where the shortstop, Eugenio Suarez, was covering. Michael knew he was picked off 2nd, and kept running to 3rd, where he was easily tagged out by Nick Castellano to end the inning. i would have rather Michael just been picked off, but sadly this counted as an official caught stealing, his first in 12 attempts.


after that caught stealing, Michael went on to successfully steal 12 more bases. therefore, he concludes the year going 23-for-24 in stolen base attempts. that's an overall 95.8% stolen base rate, highest on the team and best in his career. i was extremely impressed with Michael's ability to read situations well enough to get good jumps and have such high accuracy with his steals this season.

so congratulations to Michael on accomplishing this career high and career low. no doubt this will be a hard ratio to beat in the future, as he will need to continue to be close to perfect every year. but if he can average ~25 stolen bases per season, then i'll be very satisfied.
Posted by 216clevelandgirl at 4:20 PM