i couldn't let this momentous occasion go by without taking a few minutes to acknowledge it. everyone's been on "Smooth200" watch for a while, and tonight, just over one hour into the game on September 27, Michael got his 200th hit of the season and made Cleveland Indians history.

he was facing right-handed starter Alex Colome of the Tampa Bay Rays in the bottom of the 4th inning. after a 1-0 count, he hit a 1-out single to center field. 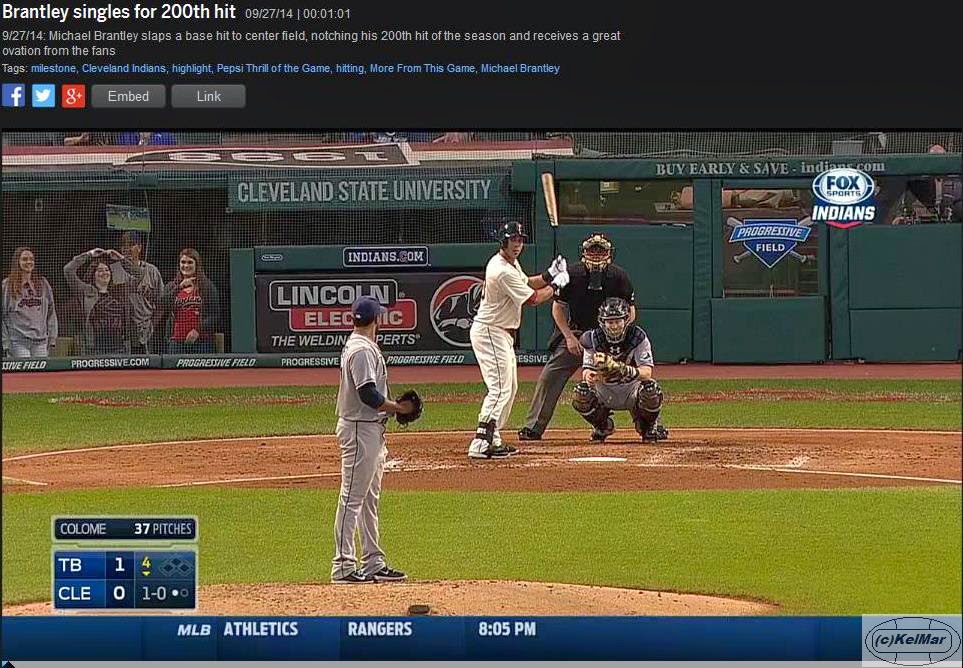 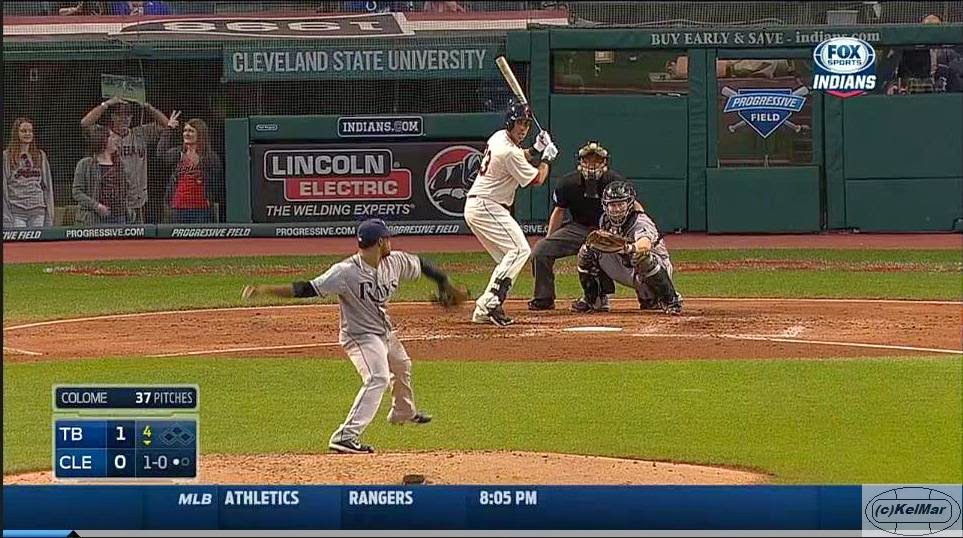 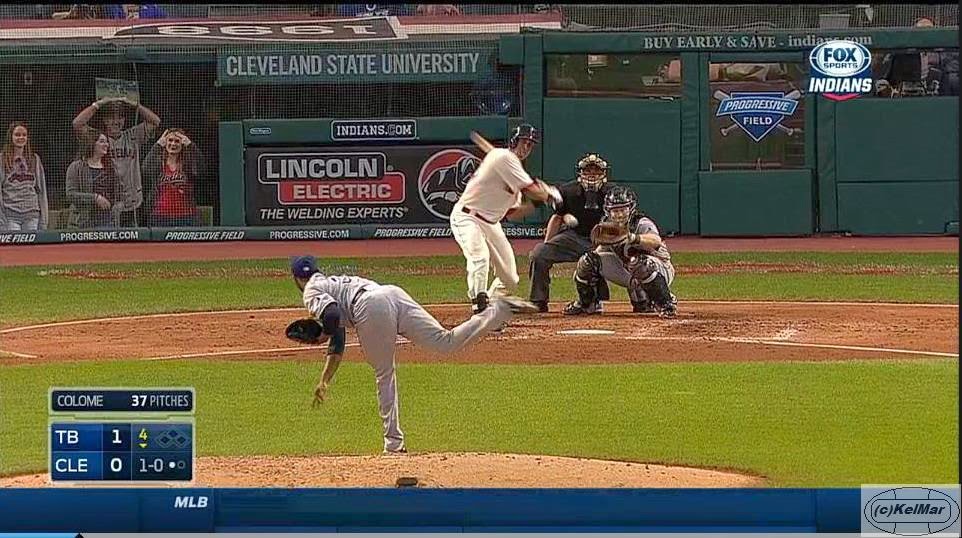 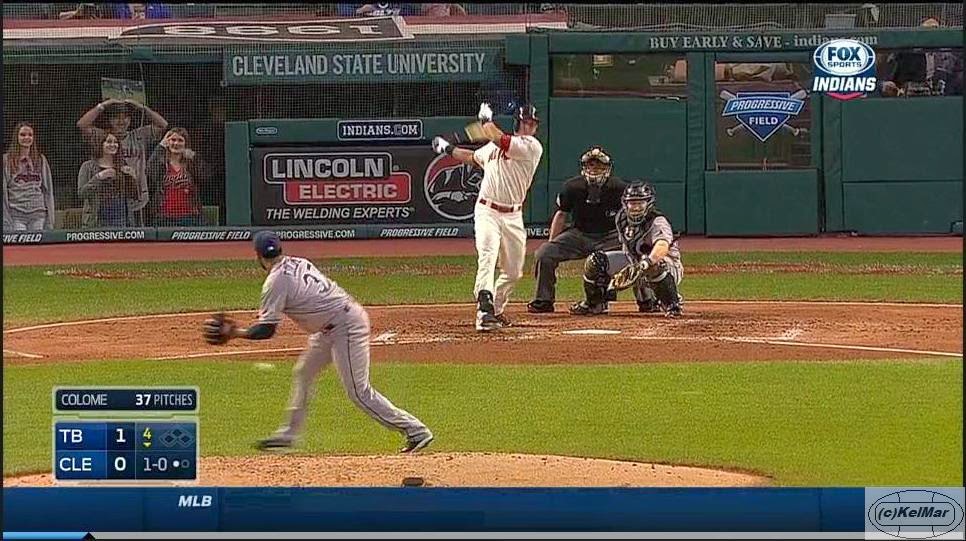 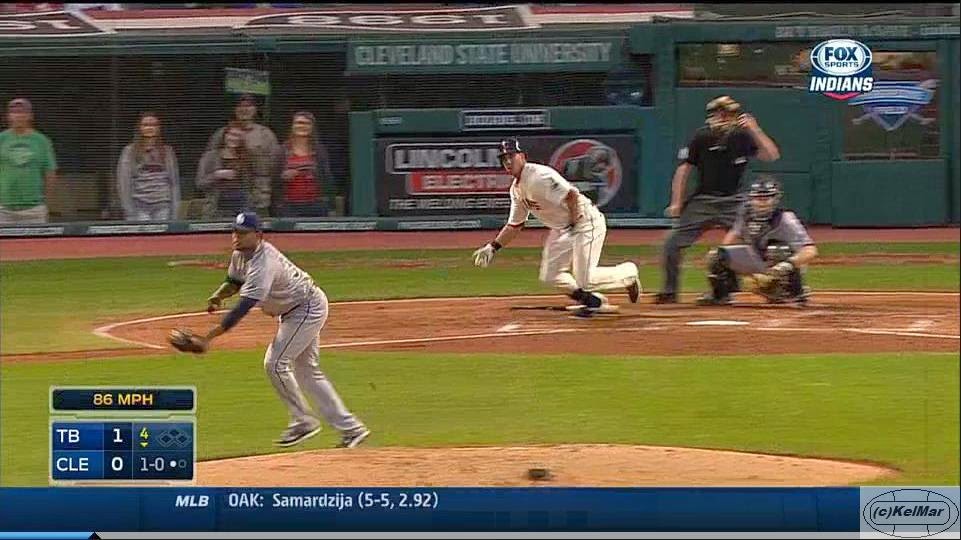 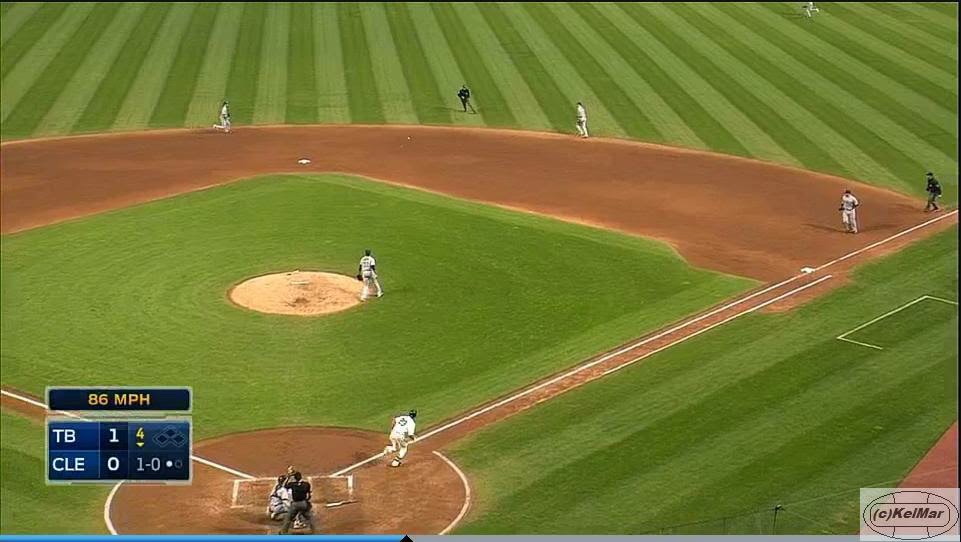 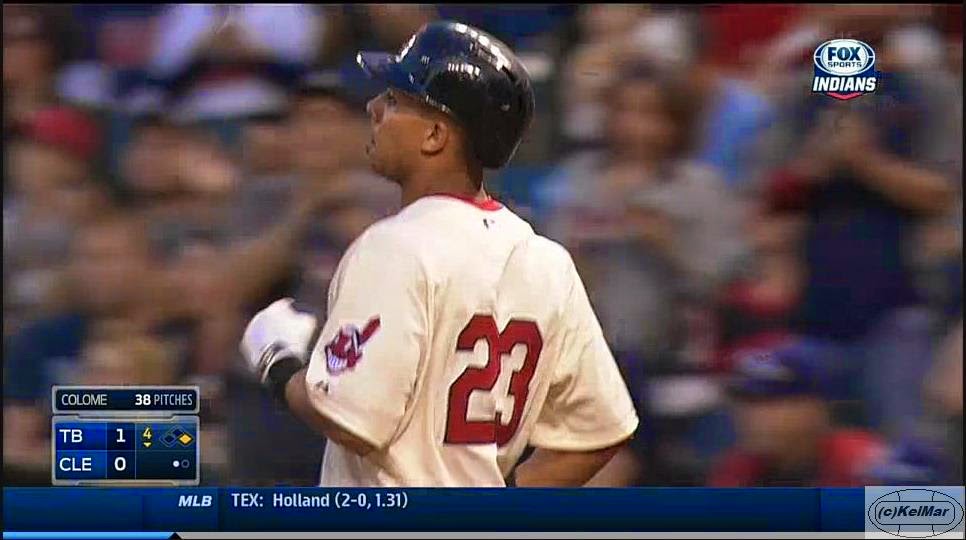 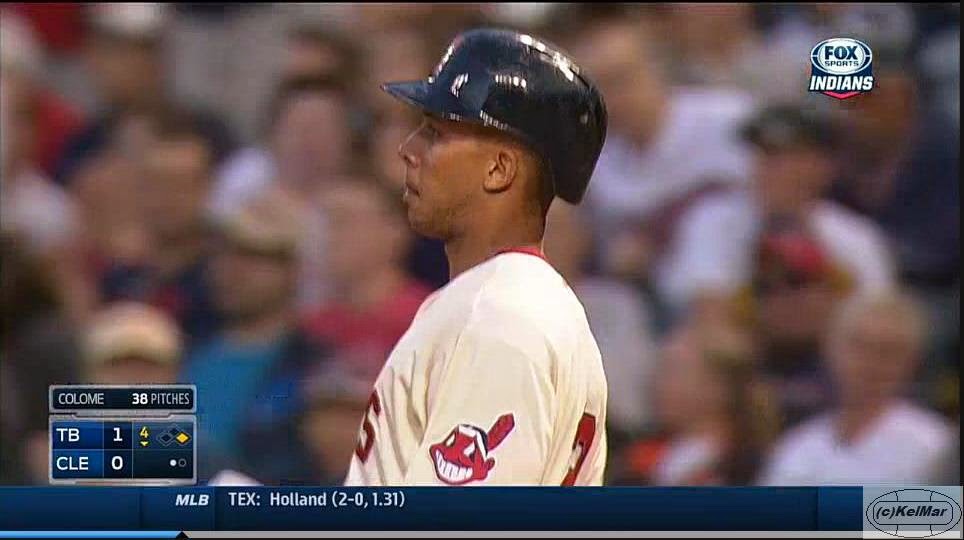 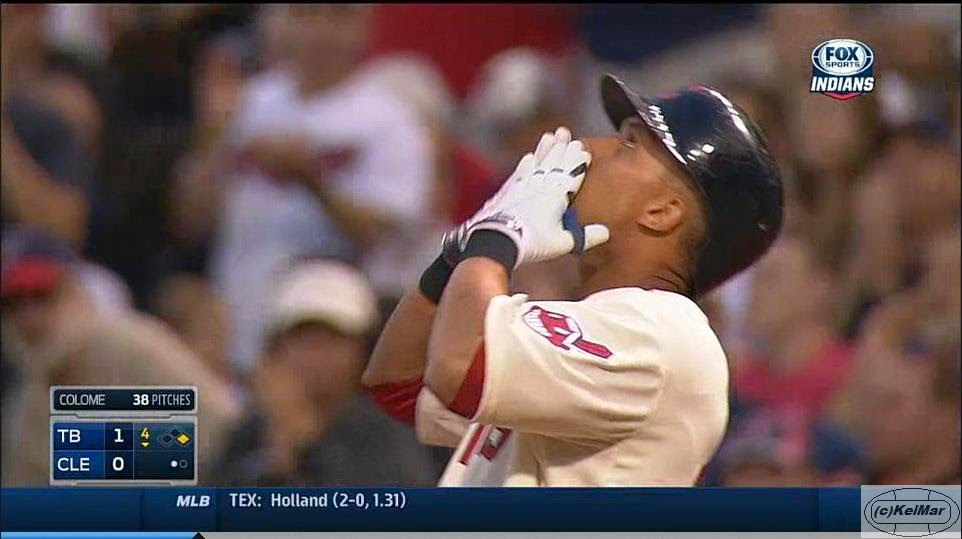 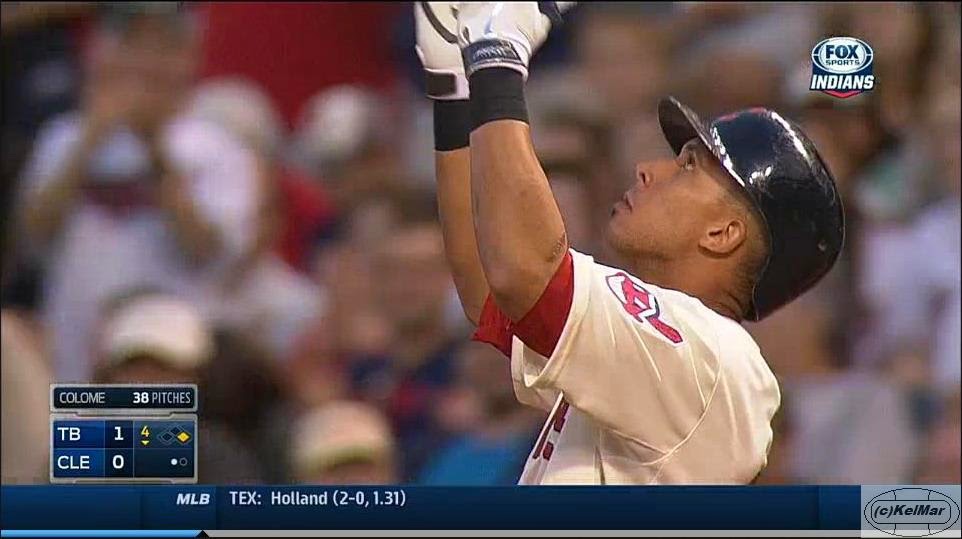 and after Michael got that hit, it made him the first Cleveland Indian in franchise history with 200 hits, 20+ home runs, 40+ doubles, and 20+ stolen bases in one season. omg! =D

(this is the 3rd franchise record Michael has set this year, btw. the first was his 247 consecutive games in the outfield without an error, and the second was his 19-game home hitting streak.)

additionally, Michael is the 18th Indians hitter in franchise history with 200 hits, something that's only been done 28 times overall, and he's the first Cleveland Indian to record 200 hits in a season in 18 years. the last player who had at least 200 hits was Kenny Lofton in 1996 when he finished the year with 210. 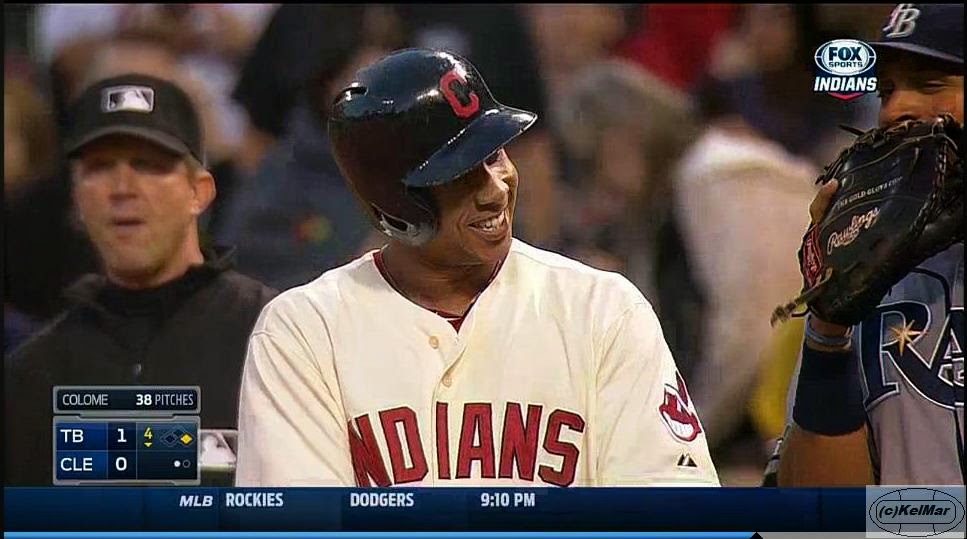 Michael is also just the 2nd player in the major leagues this year to reach 200 hits. Jose Altuve of the Houston Astros leads the MLB with a current total of 223 hits.

after the game, Michael had this to say about the at bat: "it's better than i guess an infield hit or a broken bat. middle of the field is kinda where i live. i try to hit the ball back up the middle, stay in the gaps. it took forever, i think, to get back up the middle. off the bat i was looking at it and it looked like it was going in slow motion, i didn't know if it was going to make it or not. after i got it into the outfield, i knew i had a single and there was a lot of relief."

but it was also an emotional moment for Michael, who put his hands to his mouth and then blew a kiss up to the sky after his base hit. 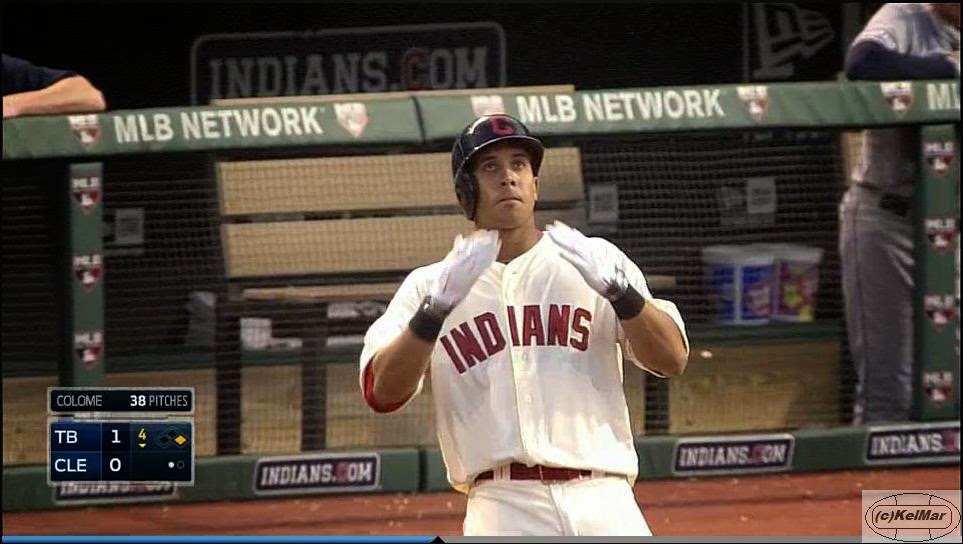 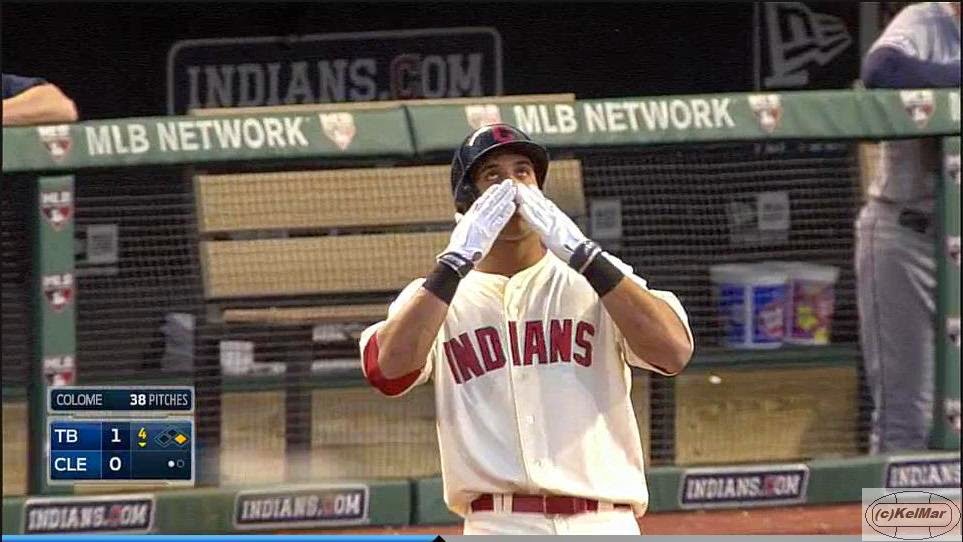 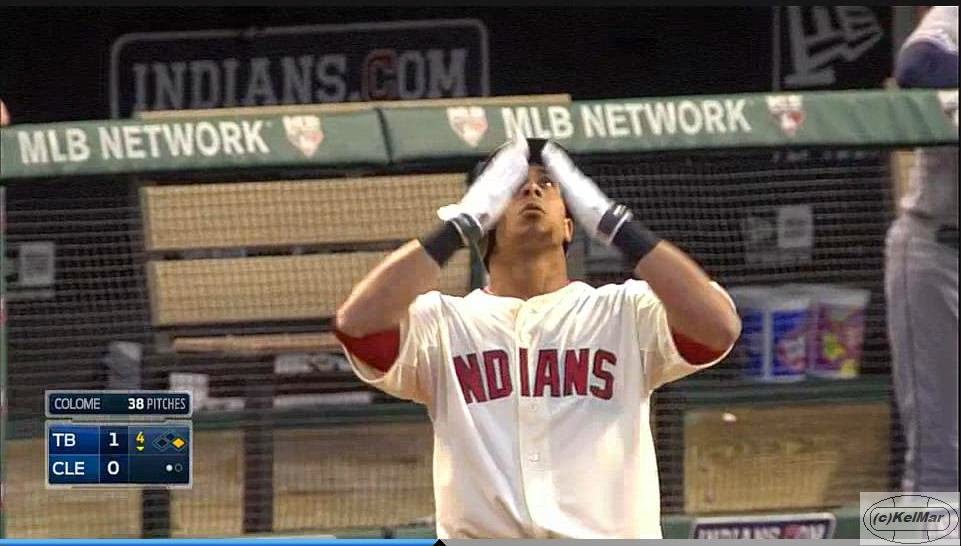 "it's a little gesture to my grandmother. i know she's up there watching me. i lost her about a year and a half back to some cancer and i wanted to let her know that she's a part of me. she's a big reason why i am the man that i am today."

Michael had already heard from his father, Mickey, when he met with the media for his postgame interview. "he just said congratulations and keep swinging it, keep going. you've still got more stuff to do."

Michael's teammates, however, did not employ such a tough love attitude lol the dugout exploded when they saw the ball roll past the infielders and into center field. "you could see the way our dugout reacted, just how pleased everybody was, that Michael got it," said Terry Francona. "it's a pretty big milestone. to get that number, it's very nice that he gets the recognition of all that work."

my personal favorite reaction was from the fan favorite former Indian, Kenny Lofton, who tweeted "congrats to Michael Brantley for his #200 hits for the season a great accomplishment..great job my brotha..!!"

prior to Michael's at bat, some of the fans were chanting, "M-V-P! M-V-P! M-V-P!" as he stepped into the batter's box. "that's a remarkable feeling. i want to thank the fans for that. it's not something you hear very often. it's not something that's just thrown around. my hat's off to them. i can't thank them enough. i appreciate it." the crowd of over 33,000 also gave Michael a standing ovation after his at bat resulted in his 200th hit. and i was happy to be there and a part of it =D

with a little help from his teammate, Corey Kluber, Michael and Corey became the 1st Indians duo in franchise history with at least 200 hits and 250 strikeouts in a season. that hasn't been done in the major leagues since 1999, when Luis Gonzalez and left-handed pitcher Randy Johnson of the Arizona Diamondbacks had 206 hits and 364 strikeouts, respectively.

in the history of major league baseball, Michael is the 11th player to have a stat line of at least 200 hits/20 home runs/40 doubles/20 stolen bases. he joins the record books with Jacoby Ellsbury of the Boston Red Sox in 2011, Hanley Ramirez of the Florida Marlins in 2007, Alfonso Soriano of the New York Yankees in 2002, Craig Biggio of the Houston Astros in 1998, Larry Walker of the Colorado Rockies in 1997, Nomar Garciaparra of the Boston Red Sox in 1997, Ellis Burks of the Colorado Rockies in 1996, Vada Pinson of the Cincinnati Redlegs in 1959, Chuck Klein of the Philadelphia Phillies in 1932, and Babe Herman of the Brooklyn Robins in 1929. (more thanks to Bastian for this.)

remove the National League players from that list, and Michael becomes the 4th player in American League history with a minimum of 200 hits, 20 home runs, 40 doubles, and 20 stolen bases. in addition to those numbers, Michael will assuredly be the only other AL player in that group besides Ellsbury to also finish the season with 90 RBI and a .320 batting average. (more Bast stats.)

while i like to believe Michael is just now hitting his prime and will continue to hit like this for years to come, you just never know. unforeseen circumstances could occur next season or beyond and this landmark may not happen again, so it's important to recognize it and celebrate it now. i remember when Michael got his new career high 160th hit earlier this month, and i admit i never saw this coming. 200! wow! i'm so freakin' proud of my boy! congratulations! #MCB4MVP
Posted by 216clevelandgirl at 7:36 PM