unfortunately, the next home game was not scheduled until May 30, so i had to wait all that time to find out if Michael would in fact break that franchise record and set a new one. so this blog may seem like it was posted very late, but i wanted to see if i could blog about Michael setting a new franchise record, rather than him just tying the record. 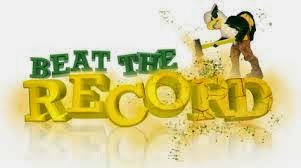 finally on May 30, a much anticipated game of the season for me, Michael broke the record around 9 pm in his 3rd at bat with a 1-out double in the bottom of the 5th inning! he now has a 19-game home hitting streak, and sits in the record books all by himself. not only that, but Michael's home hitting streak is currently the longest in the major leagues this season. and if that weren't enough, Michael also has an overall 15-game hitting streak going. he's basically on fire lol

breaking into the history books and going back to the days of the Tribe at Municipal Stadium, the last player to have a 19-game home hitting streak pre-Jacobs Field was Julio Franco. he recorded his streak from June 8-22 in 1984.

Michael's next task will be to try and break the longest hitting streak in Progressive Field history by any player who is not an Indian. that record currently stands at 22 games and is held by Elvis Andrus of the Texas Rangers. and i like Michael's odds.


so congratulations to Michael on setting yet another new record for himself and the Indians! remember, his first franchise record was set earlier in April with his 247 consecutive errorless games in the outfield, and he's set a second record now with this home hitting streak. something tells me there are more records to be broken by this man, whether franchise or career highs for himself, as Michael continues to play like an All Star and MVP this season.

and there's still a chance that Michael can add onto this new franchise record if he keeps hitting while playing at home. i think i will write a whole new blog if he resets the record to a much longer streak, including if he beats out Andrus' record. however, if he ends his streak say tomorrow, then i may just do a quick edit and add that information into this blog. either way, it's a hell of an accomplishment and i am so, so proud of my boy =D <3

to my dismay, Michael's 19-game franchise record home hitting streak is not to be extended any more. he went 0-for-4 on May 31, ending that streak as well as his 15-game hitting streak. i was at this game and i wanted him to get a hit more than anything. i felt terrible when his 4th at bat came and he had grounded out for the 3rd time. actually no, i was depressed. i know Michael probably doesn't give a fuck about personal hitting streaks and making Indians history, so why should i be fighting back tears over it like a little bitch? lol i can't help it. i just want him to do amazing things all the time and make his feats as untouchable as possible. is that really too much to ask? =P

but anyways, congrats again on the 19-game hitting streak at Progressive Field! i think it'll be a long time before another player even comes close to breaking your new franchise record ;D 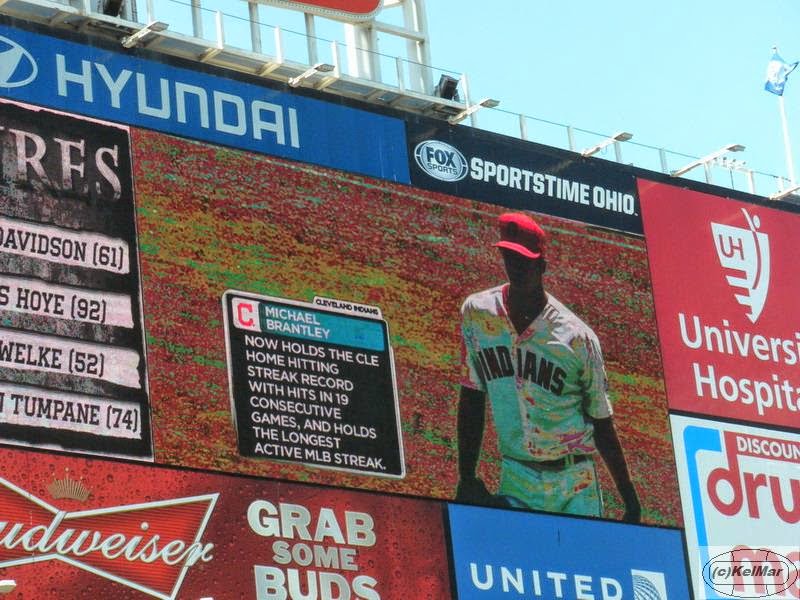