wow. i knew i'd be writing a blog when Michael hit his next home run, because that would be homer #16, making him the new career high home run leader in the Brantley family. but i never could have imagined the circumstances that would surround it. the fact that Michael's 16th home run was also his 2nd walk-off homer of this year, and his career, well that just makes it even more special.


earlier today on August 3, the Indians played the Texas Rangers. David Murphy hit a 2-run bomb in the bottom of the 9th to tie the game at 3 and take it to extra innings. nobody on either side could score in the 10th or 11th innings.

with the game still tied in the bottom of the 12th inning, Michael was the lead off batter. he faced right-handed pitcher Phil Klein. after a 3-2 count, Michael fouled the next pitch off. then, on the 7th pitch of the at bat, Michael sent a fastball over the fence into the visitors' bullpen for his 2nd walk-off home run of the season and the Indians' 7 walk-off win of the year! and because the Indians won the game, they completed the 3-game sweep at home over the deflated Rangers.


as is tradition, Michael got drenched with water after he rounded the bases and ran to home plate, where his teammates were waiting to celebrate with him. 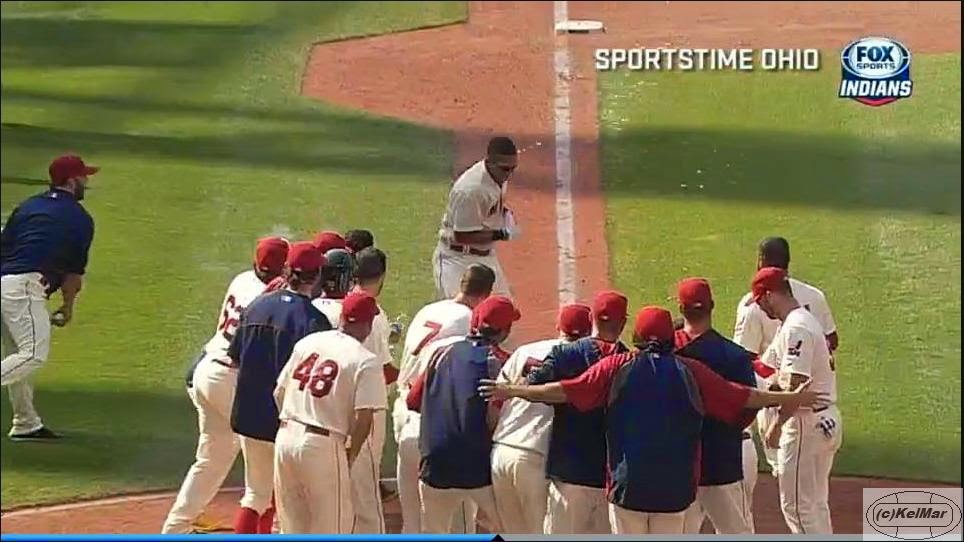 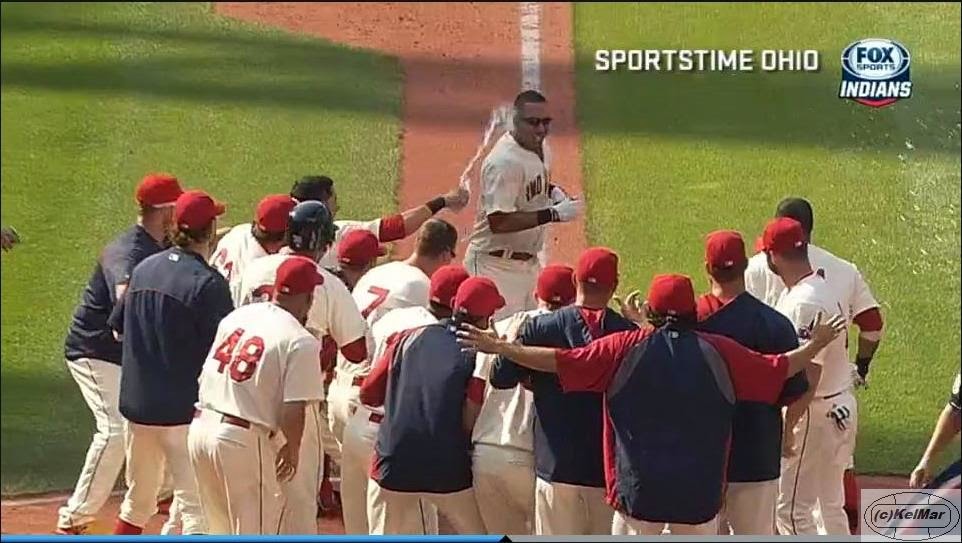 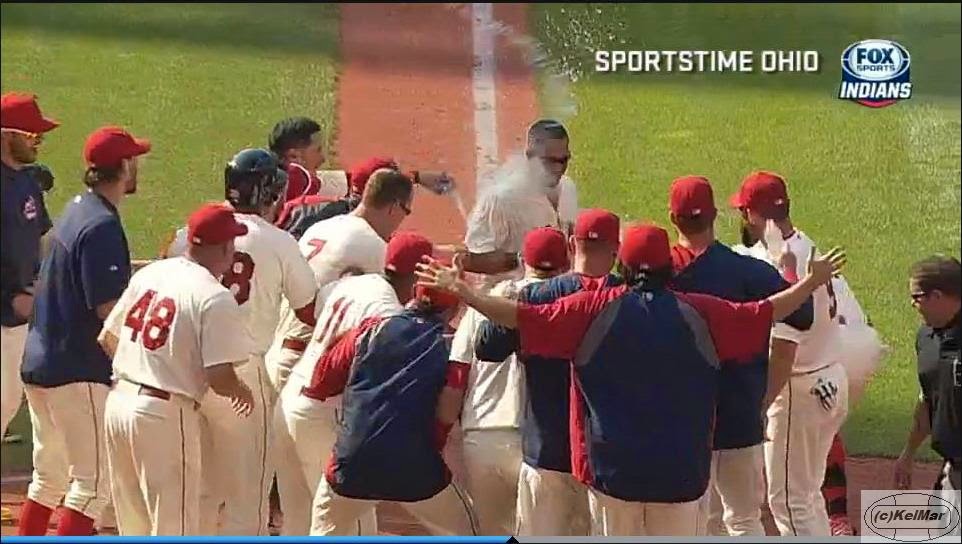 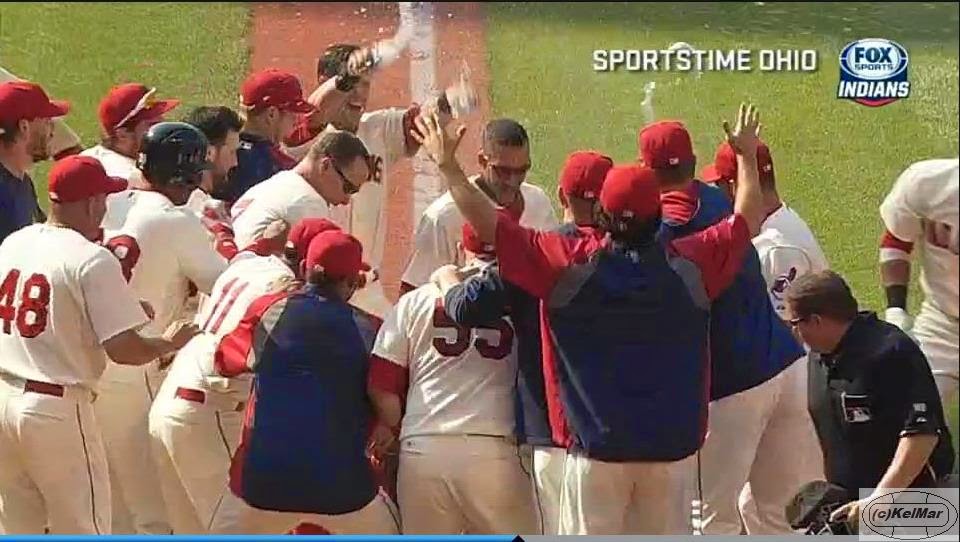 he got outta that quick lol


and here come all the congratulatory hugs and hand slaps. 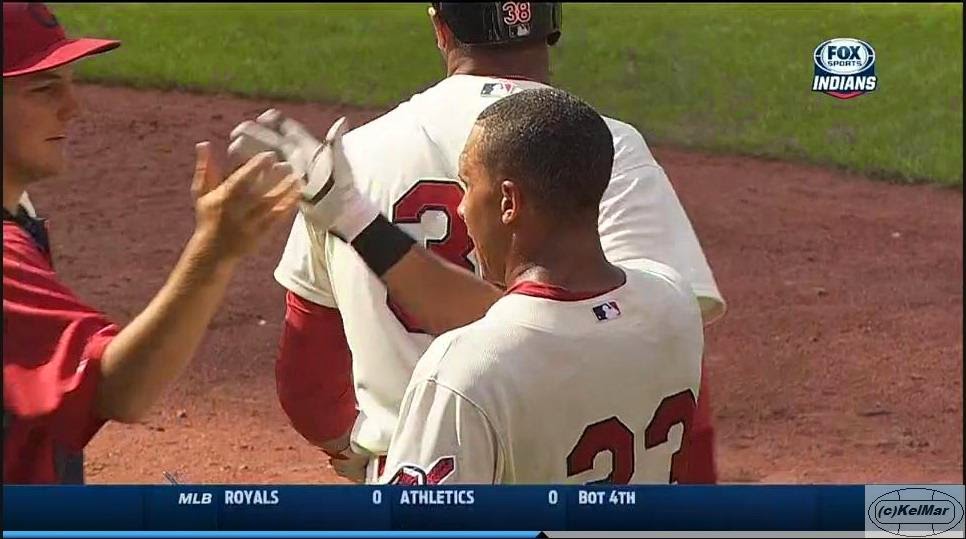 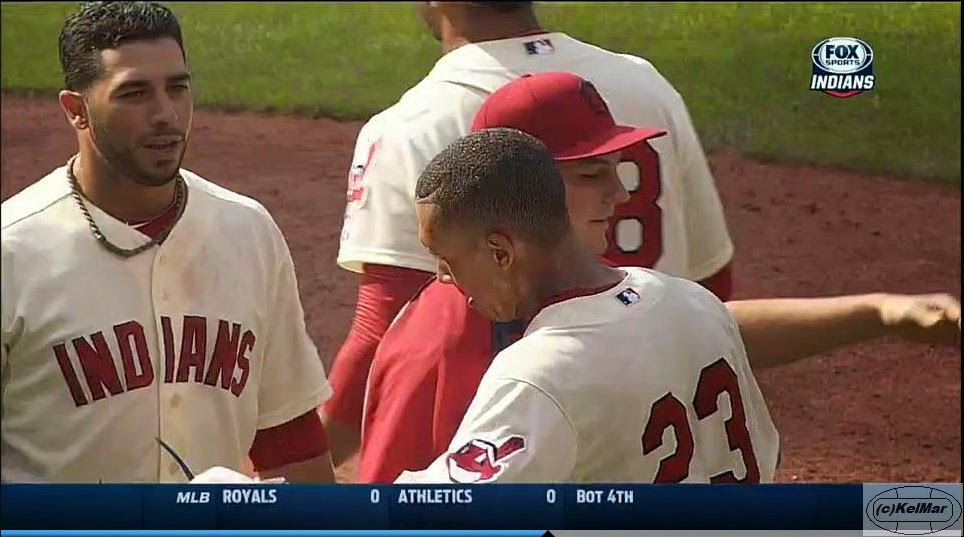 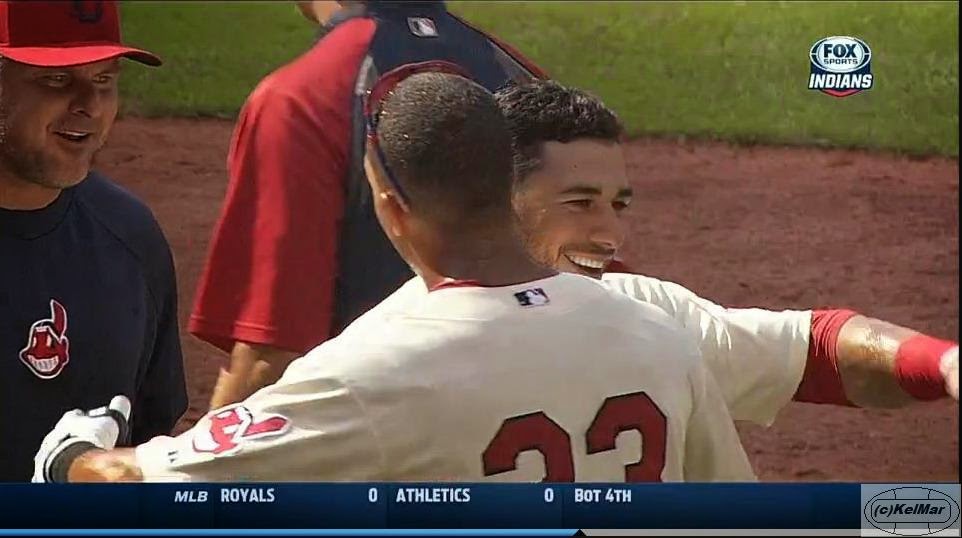 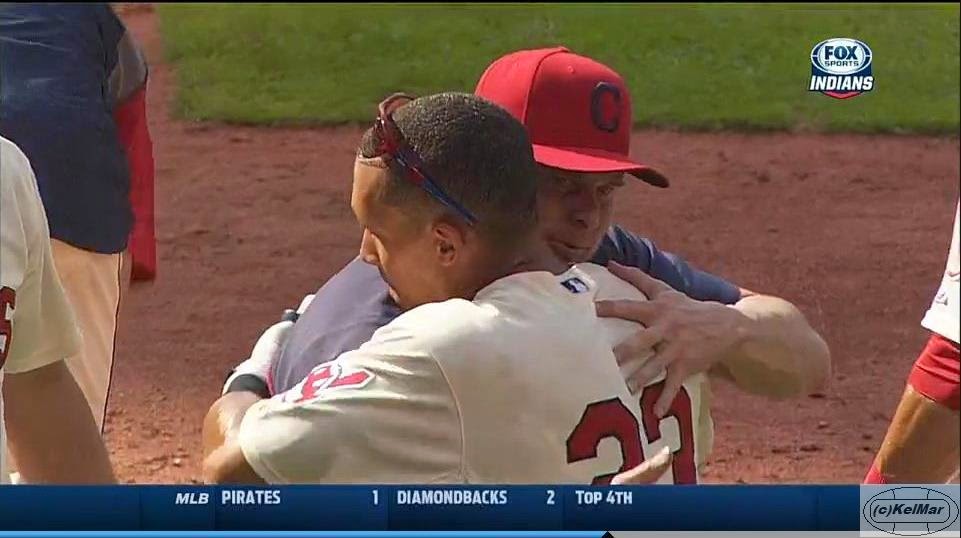 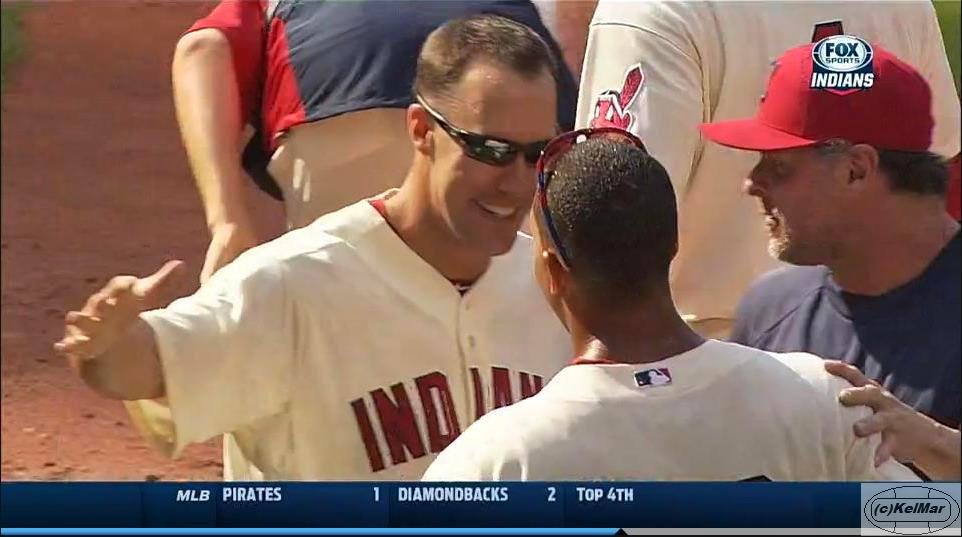 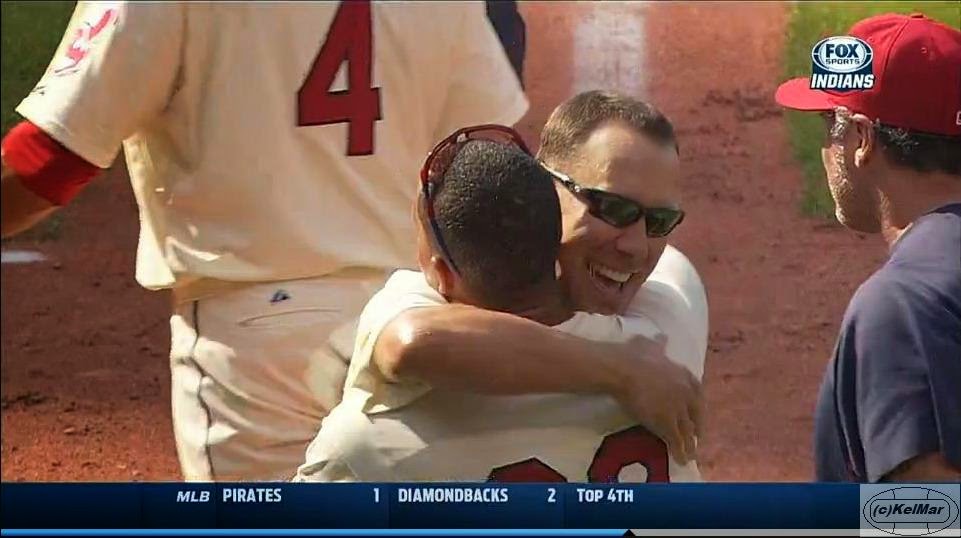 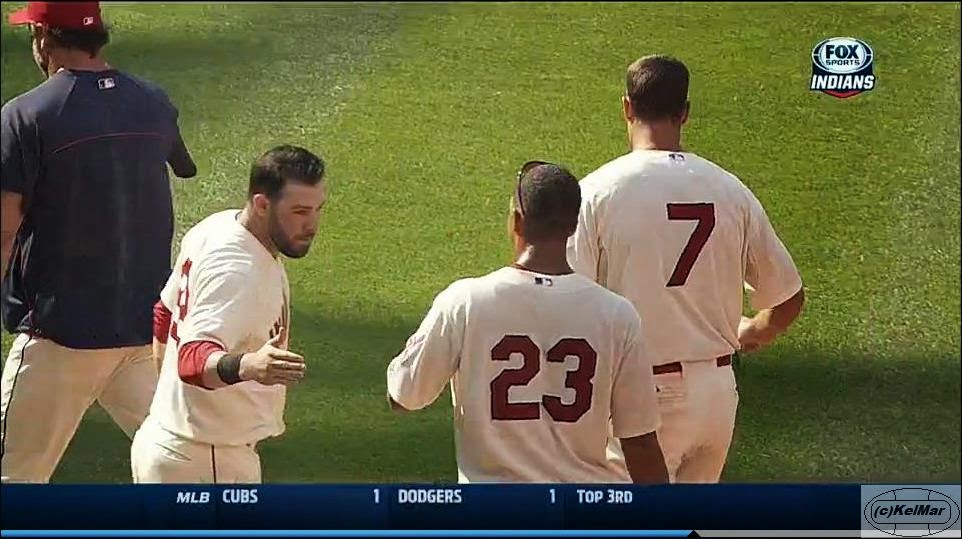 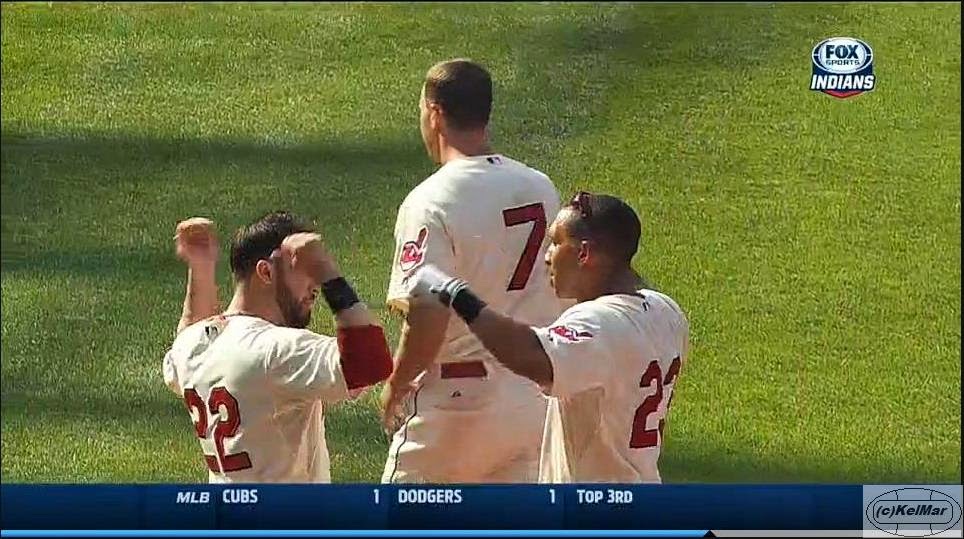 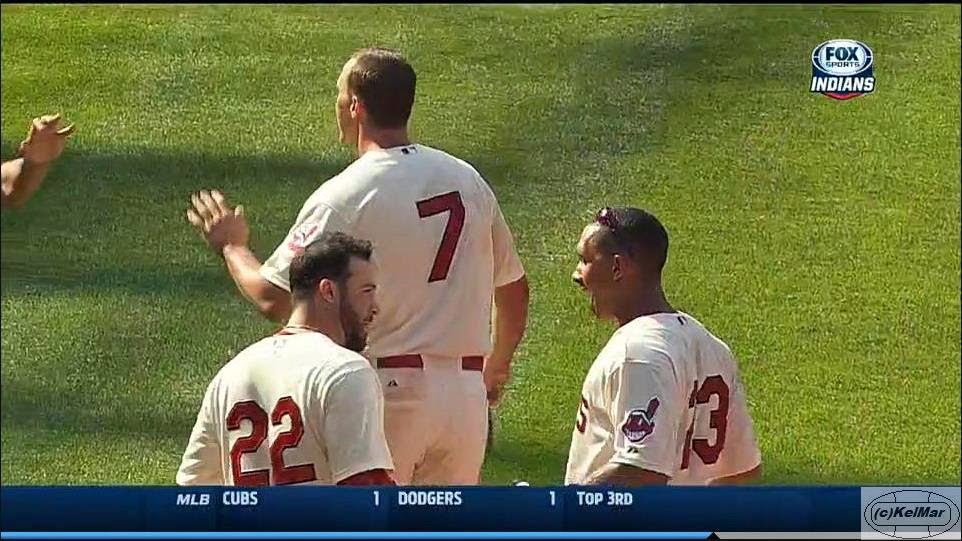 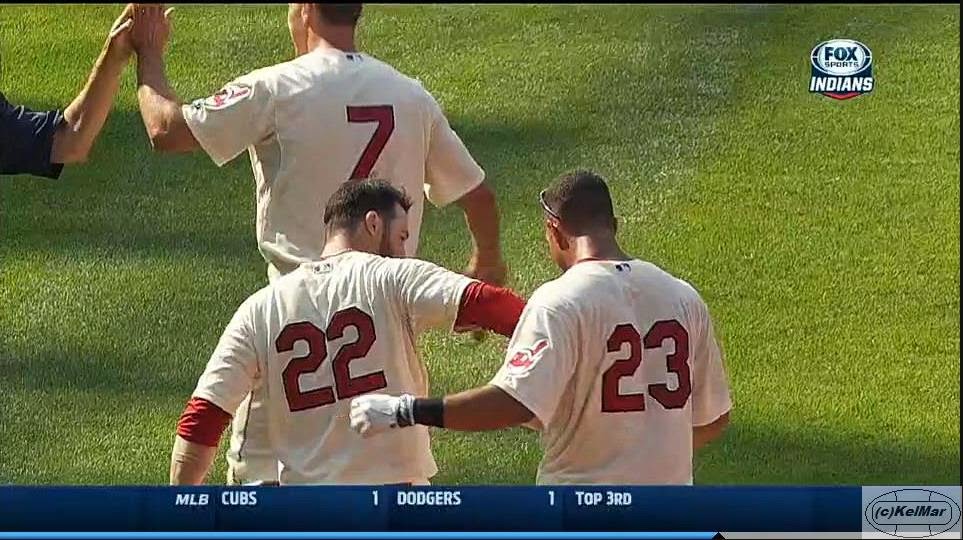 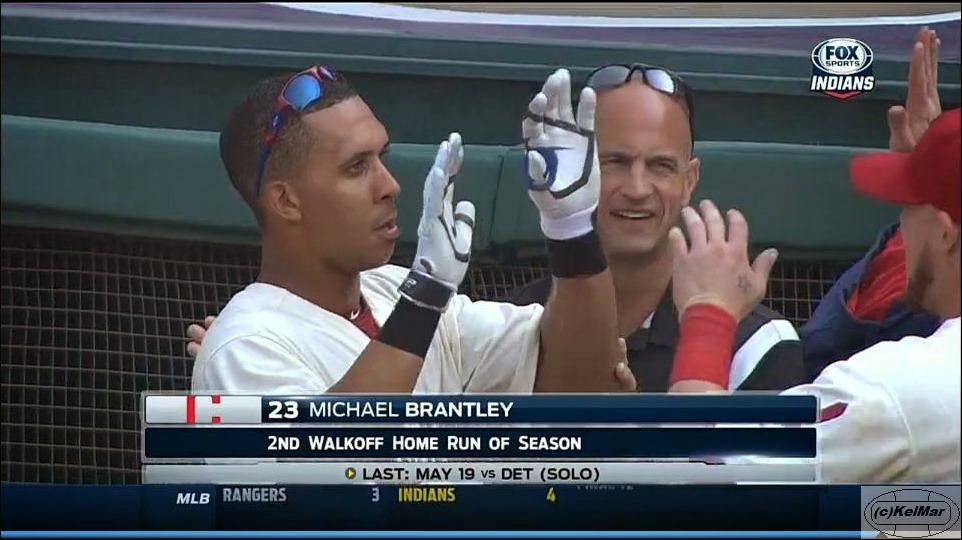 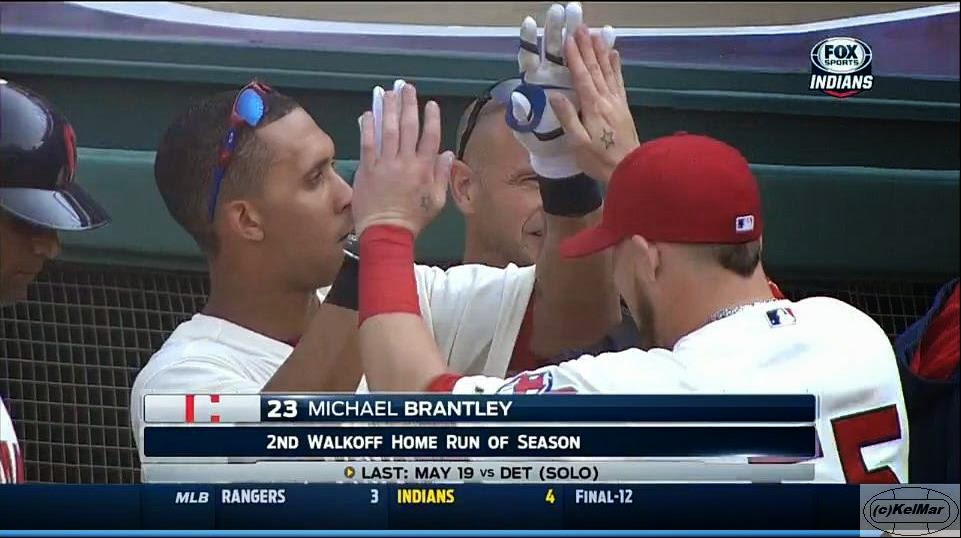 in his postgame interview, Michael had this to say about his walk-off homer. "i was able to get down on time this time, put a good swing on it, and it went over the fence. [today was] very important. the guys did a great job in the 9th inning. Murphy came up with a huge home run to give us that, this opportunity. without that swing, without those guys working those good at bats in the 9th, that's not possible. so it was a team effort tonight and it was a great win for this team."


this 2nd walk-off homer also made Michael the first Indians player to have 2 extra-inning walk-off home runs in the same season since Jim Thome had 3 in 2001. did you forget or not know about Michael's first walk-off homer this year on May 19? no worries, i have all those deets here.

additionally, Michael's homer marks the Indians' 5th walk-off win in extra innings this year, tying them for the 2nd most in the major leagues behind Baltimore (which has 6). it was also the 75th walk-off home run at Progressive Field since its opening in 1994, and that is the most by any team in these past 20 years.

what's even more exciting is that Michael's 16th home run adds to his new career high not only for himself, but for the Brantley family. Mickey Brantley hit a career high 15 homers during his 1988 season with the Seattle Mariners. in Michael's previous seasons as a big leaguer, it was questionable as to whether he'd ever be able to tie or break his father's record. but when Michael put his newfound power on display earlier this year, i think it became clear that he would, and it was just a matter of when. and today was that day! so congratulations Michael on your 2nd walk-off home run AND on your new bragging rights with your father! =D
Posted by 216clevelandgirl at 7:43 PM